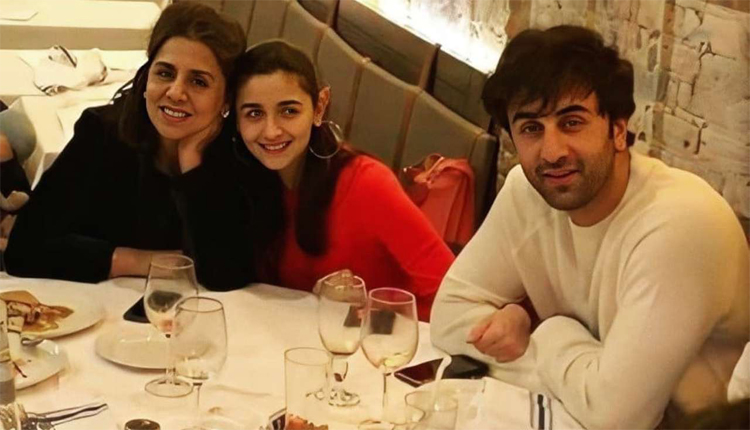 A recent video of Neetu Kapoor dancing to her son Ranbir’s song Ghagra has created a lot of buzz among the Ranbir-Alia fans who are now speculating it might be a hint that the power couple’s wedding preps have already begun.

A video was recently shared on Instagram by choreographer Rajendra Singh, who is primarily known for choreographing sangeet performances for Bollywood celebrity weddings where the veteran actor is seen rehearsing with ‘Masterji’ on the number which was originally picturized on Madhuri Dixit and Ranbir Kapoor.

Amazing dance choreo with the one and only my favourite @neetu54 🌸

A post shared by Rajendra Singh Choreographer (@masterjirocks) on Oct 7, 2020 at 6:39pm PDT

The video generated curiosity among the netizens who jumped in to enquire if she is already prepping for her son Ranbir Kapoor and Alia Bhatt’s much-anticipated wedding. Comments such as these poured in: “Alia-Ranbir wedding?”, “Is it one of the dances for Ranbir’s wedding?” and “You have to dance at Alia-Ranbir’s wedding.”

Alia and Ranbir, who have been dating for quite some time now, were reportedly going to tie the knot this December. During a recent interview, when Alia Bhatt was asked about her wedding rumours to RK, she had said that every three weeks there is a new wedding date or a rumour.

On the work front, Ranbir Kapoor and Alia Bhatt will be seen sharing screen space for the first time in Ayan Mukerji’s Brahmastra.