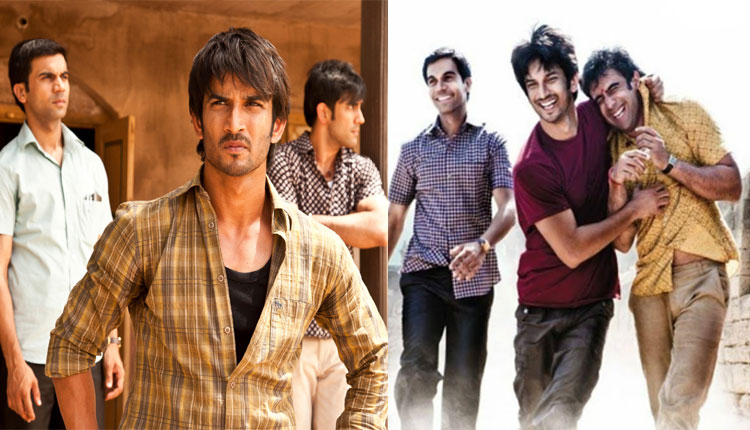 Rajkummar, who went on to do many critically and commercially acclaimed films such as “Newton (2017), Shahid (2013), Aligarh (2015), and Stree (2018), wrote on Instagram Story how he remembers shooting with Amit Sadh and Sushant Singh Rajput.

He shared the poster of the film and wrote: “A film that allowed the actor in me to grow, to be more empathetic, celebrating the 8 years of Kai Po Che. As if it was yesterday when Sushant, Amit, and I were shooting for the film. You are being missed my dearest @sushantsinghrajput.” 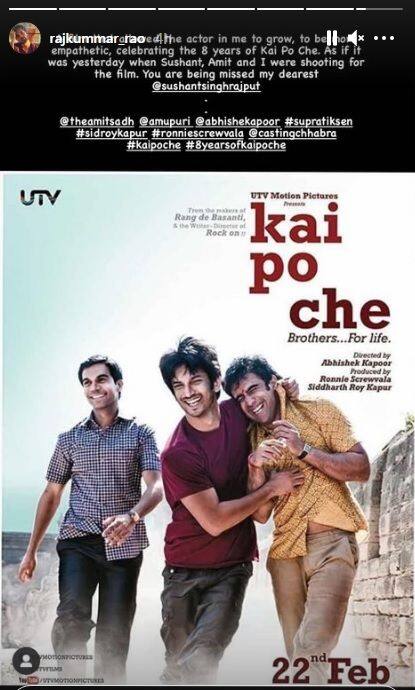 Kai Po Che is based on author Chetan Bhagat’s 2008 novel The Three Mistakes Of My Life, and also stars Amrita Puri and Digvijay Deshmukh. It is directed by Abhishek Kapoor.

Sushant Singh Rajput was found dead in his apartment on June 14 last year.

Rajkummar Rao, who was last seen in The White Tiger starring Adarsh Gourav along with Priyanka Chopra Jonas. He will soon be seen in the horror-comedy Roohi.