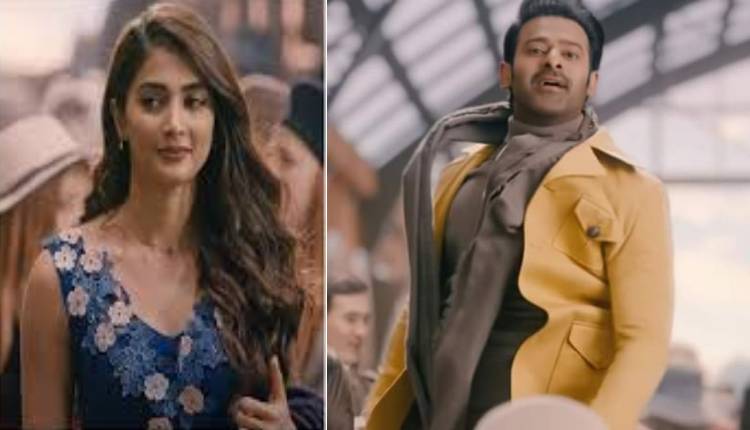 After much anticipation, the teaser of Prabhas and Pooja Hedge starrer Radhe Shyam is out today coinciding with Valentine’s day.  Directed by Radha Krishna Kumar, the film is all set for a pan India release in Telugu, Tamil, Kannada, Malayalam, and Hindi.

The freshly dropped teaser doesn’t give many details of the plot of the movie and the characters. But the teaser gives us a glimpse of this romantic and dreamy world of Pooja Hedge and Prabhas who seem to be very much in love. Their sweet chemistry is evident even in this short teaser.

In the teaser, Prabhas is seen to be trying to flirt with Pooja and impress her among the crowd at the train station. He is asked by Pooja later that does he think of himself as Romeo to which he answers with a smile that he is not like him.. “He died for love, I won’t”.

From the first look of it, Radhe Shyam seems to be the epic love saga with sweet moments of love as promised by the makers. The movie will be releasing in theatres on July 30 in multiple regional languages.