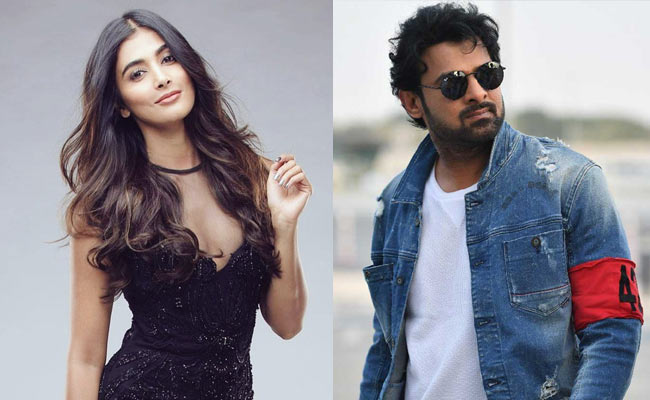 Pooja Hegde and Prabhas were shooting in Georgia for “#Prabhas20” when the COVID-19 pandemic scare started. The crew had to stop the shooting and return to India. All of the team members were quarantined for 14 days as is the routine. The “Baahubali” actor is known for being shy and introverted.

His appearances on reality shows like “Koffee With Karan” and “The Kapil Sharma Show” indicated that Prabhas is a man of few words. His awkwardness during the promotion of “Saaho” with Shraddha Kapoor on “The Kapil Sharma Show” was quite evident and people close to him said that it is surprising that he even managed to say a few words on the show.

The “Housefull 4” actress surprised everyone when during one of her interviews she said that Prabhas is very talkative on the sets. According to the actress, Prabhas is not as quiet as the media believes and rather is the most talkative actor on the sets that she has worked until now. The former Indian beauty pageant contestant said, “Prabhas is not at all quiet. He is the most talkative co-star I have ever worked with. He is always fun on the sets, as is always joking around and also he is a lively person.”

Now, this is quite surprising because all through the promotion of Saaho and Baahubali, Prabhas was one actor who talked the least despite being the lead star. The tentatively titled “#Prabhas20” also has the “Maine Pyar Kiya” actress Bhagyashree in a key role.

Prabhas’s Next Will Be #Prabhas21 With Nag Ashwin

The Telugu superstar will next start shooting for yet another tentatively titled “#Prabhas21” helmed by Nag Ashwin known for “Mahanati.” Although “Baahubali” did increase the fan following of Prabhas in the Hindi belt he failed to take it further as his next venture “Saaho” could not meet the same expectations.

Pooja Hegde, on the other hand, is now enjoying a stable stint in both South Indian and Hindi movies. After starring in “Ala Vaikunthapurramaloo” with Allu Arjun, she will next star in a Telugu flick titled “Most Eligible Bachelor.” The Indian model has already grabbed a big-budget movie “Kabhi Eid, Kabhi Diwali” opposite Salman Khan.

COVID-19: None of us is safe until we all are, says UN chief