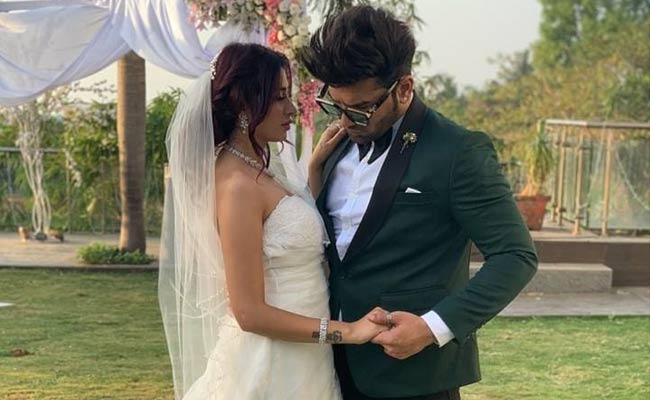 Mumbai: “Bigg Boss 13” is over but its contestants Paras Chhabra and Mahira Sharma, whose relationship was talk of the town, are back in news. They have now shared photos in wedding outfits. In turn, fans are engaged in a wild guesswork game.

While Mahira looks stunning in a white gown, Paras suited up for the wedding shoot. For maximum impact, Paras has also coined a term to define the two — Pahira, for Paras and Mahira.

Soon it became clear that the wardrobe was not for a wedding after all, but for the video of a song they were about to shoot.

Mahira also shared their photos and wrote: “#pahira something new coming soon.” She added a black heart emoji to her post.

Odisha Plus-II Exams: All Centres To Remain Under CCTV Surveillance