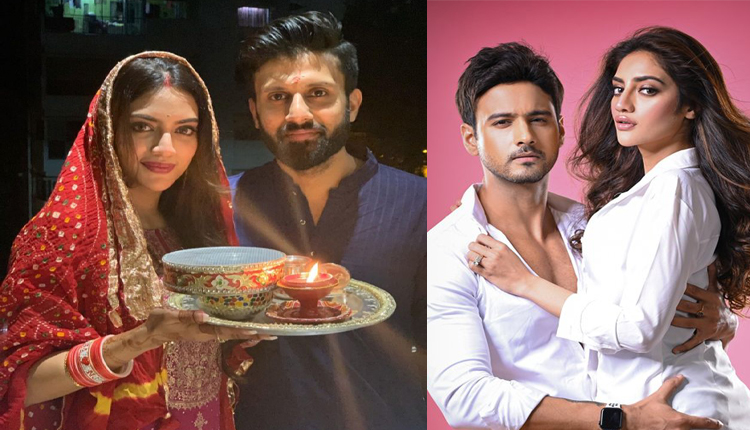 Bengali actress and Trinamool Congress MP Nusrat Jahan has been in the news for quite some time now due to her marriage. There have been wide speculations that her marriage with Nikhil Jain has hit the rocks and the reason is her SOS Kolkata co-star, Yash Dasgupta.

Nusrat and husband Nikhil had the time and again silence over the rumors but recently, Nusrat broke her silence. She slammed all the reports and told Calcutta Time “The affairs of my private life are not for the public. People have always put me on trial. But this time, I am not going to comment. People can only judge me for my work as an actor and nothing else. Be it good, bad, or ugly, it is my personal life and I am not going to share it with anyone,”

Rumors started catching speed earlier when a video of Yash and Nusrat visiting Kolkata’s Dakshineswar Kali Temple started doing rounds over the internet. Yash Dasgupta clarified the video later as it became viral saying that it was an old video.

“It was way back in December that we went to the temple. I don’t know why people are cooking up stories by digging up old pictures and videos. People are now over-analyzing things between Nusrat and me and blowing things out of proportion.”

Earlier, the netizens went astray when reports of the two going to Rajasthan on a trip together became the talk of the town. The two also posted pictures and commented on each other posts on social media together.

“I go on road trips every year and this time I went to Rajasthan. Anyone can make a trip there, right? And as far as Nusrat’s marriage is concerned, I have no clue about her personal problems. Please ask the concerned person about it,” Yash added to TOI.

Nusrat Jahan and Nikhil Jain tied the knot in a low-key affair on June 19, 2019, after dating for some time.

Mercury Expected To Be Higher Than Normal In Odisha: IMD…