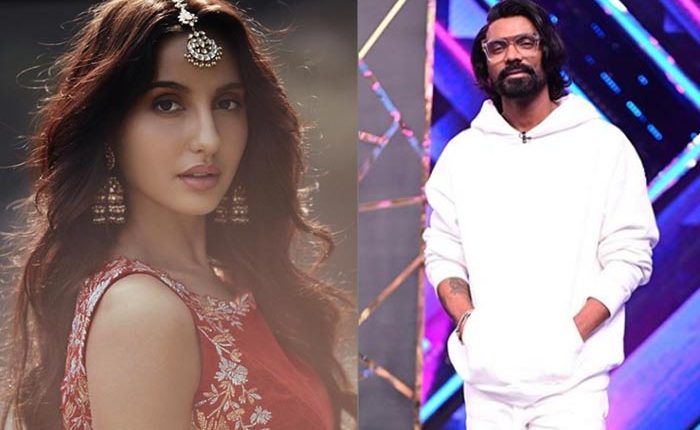 Remo D’Souza is a very famous director and choreographer having won many awards as a choreographer. His last released movie “Street Dancer 3D” which starred Varun Dhawan, Shraddha Kapoor, Prabhu Deva and Nora Fatehi in the lead is getting mixed response. Nora’s dancing in the movie is one of the major highlights and the “Garmi” song has become a chartbuster.

Both Remo and Nora share a cordial relationship and hence it is quite common between them to bully and joke around. Recently the “Saki Saki” girl shared a video of herself in which she is holding an award thanking her friends and family for receiving it. Suddenly Remo comes and snatches the award from her saying it is my award. The whole incidence looks quite hilarious and Nora’s dramatics do not fail to bring a smile on the viewer’s face.

WOW … i was trying to have a moment…????@remodsouza

“Street Dancer 3D” was an exclusively danced-based movie for which both Varun and Shraddha had to work very hard and devote a lot of their time. But the movie was not as successful as expected and week by a week its earnings have been dropping at the box-office. For Varun, the movie was very important as he had gone out of the way to ensure that he matches every step with the professional dancers with whom he is sharing the space on the screen.

That has upset the “Kalank” actor who now desperately needs a big hit. He has already started shooting with Sara Ali Khan for “Coolie No.1” which is a remake of the Govinda hit movie by the same name. According to reports, Varun has straightaway said no to Remo for another dance-based movie and will not be working with the director anytime soon.

Apart from “Street Dancer 3D” Varun and Remo had earlier collaborated for “ABCD 2” a couple of years ago and the movie was a big hit.

Cupid-Struck Nepali ‘Kanchi’ And Odisha Youth Walk Down The Aisle

Column: Pushing Rebels On The Back Foot In Their Own Citadel