Nora Fatehi Still Single, Not Over her BreakUp With Angad Bedi! 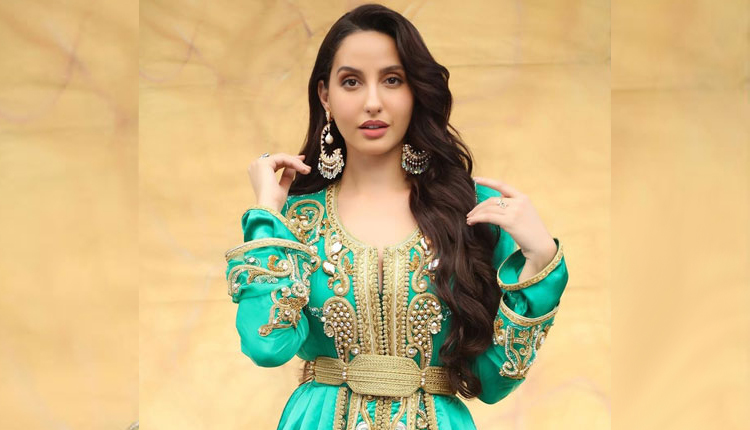 Bollywood’s diva Nora Fatehi has won millions of hearts due to her looks and fabulous dance moves. While she has a growing global fan base due to with her item numbers in hit films and is at her career high, it seems all is not well in her personal life.

According to HT reports, the dancer is still having trouble moving on from her former beau Angad Bedi who now is married to Neha Dhupia. While she is trying to meet and date new people in her life but she finding it hard to let go of the past which is the reason she is still single. Reportedly she even dated few actors in the Tinsel Town but things didn’t go further. Her social media captions of her sizzling photos also seem to be taunting at the actor Bedi.

For the uninformed, Nora Fatehi went through a brutal bitter breakup with Angad Bedi as he was growing close to his best friend, Neha Dhupia and the two had later tied the knot. In an interview with Zoom, Nora had talked about how she was broken and how that helped her ignite the fire in her for her career.

She had said, “All girls go through at least once in their life! For me, it was a little bit difficult because it was an unexpected experience and I was broken by it. I lost my drive for 2 months! However, I must say that experience really just transformed me. In between, I had lost hope for a bit in terms of perusing my career but when that breakup happened, I worked like there’s no tomorrow “

The actor keeps her fans updated with her temperature-rising photo shoots and funny videos on Instagram. On the work front, she will be next seen in Ajay Devgn starrer Bhuj- The Pride Of India which will go on floors soon.

Nora Fatehi to sizzle in ‘Kick 2’