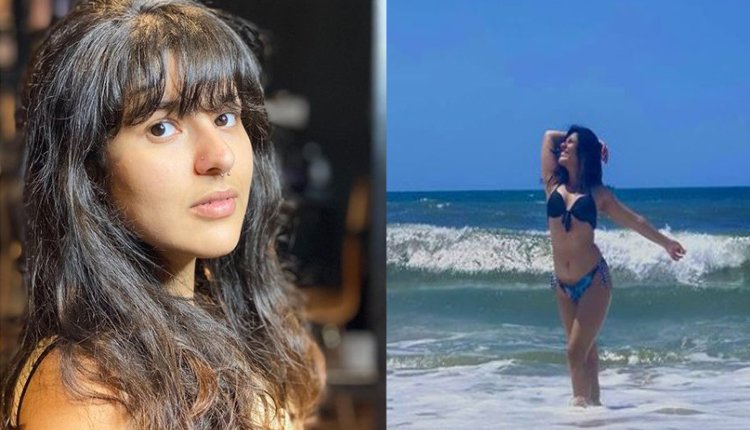 Nidhi Bhanushali aka Sonu Bhide who became a household name with Taarak Mehta Ka Ooltah Chashmah is now a social media sensation. Recently she took the internet by storm with her never seen before avatar.

The actor is sharing glimpses of her vacation in Goa on her Instagram profile and has been creating a lot of buzz. She proves to be a water baby with her beach pictures, especially her snaps in multicolour bikini which went viral.

While she is not the part of the how for quite some time now, but her character has left a lasting impression as fans drop some hilarious comments on the post. A user commented, “Bhide ne kitne bar kaha tha ki tappu ke sath mat khel…dekh liya aaj prinam.” Another netizen commented, ‘Ruk Sonu abhi Bhide ko bolta hoon’.

However, this is not the first time she is she is creating ripples with her pictures. Earlier she shared her pictures of her hair makeover and face piercing which was contradictory to how the audience has seen her on the telly.

Nidhi had played the character of Sonu in the TMLOC for 6 years since 2012 however she had to leave the show to concentrate on her higher studies.