This is the person whom Allu Arjun ‘fears’ the most!

Tollywood Icon Star Allu Arjun is one of the celebrated actors in the Indian film industry. His last release Pushpa : The Rise helped him draw the attention of movie lovers from across the globe. Portraying the character of Pushpa Bhau, a wild gangster, he won the hearts of millions. But, do you know whom he fears the most?

Throughout his journey from a debutant to becoming Stylish Star and later Icon Star, Allu Arjun has appeared onscreen in different characters. Apart from his romantic swag, movie lovers get swayed by his action avatars. The recent love and craze for Pushpa bhau say it all.

After reaching at such a great height, fearing anyone doesn’t suit such a great stardom. But, Allu Arjun does ‘fear’ one person. And it is none other than his wife Sneha Reddy.

Well, we don’t say this. Some crazy fans of the actor have humorously pointed out this with no intention to displease or dishearten the actor's fans and admirers. Well, certain fans have taken this on a witty note. Recently, this section of fans shared some images on social media and their caption read: ‘The one person whom Allu Arjun fears the most.’

Though not fear, it is pure love and respect for which the Icon Star follows back her wife on social media- something that is true.

On the other hand, Sneha Reddy follows back only her hubby Allu Arjun on Twitter. Allu Arjun and Sneha Reddy tied the knot on March 6, 2011. They have two kids, Ayaan (son) and Arha (daughter). On Monday, Allu shared a video on Instagram in which the father-daughter duo is seen having a cute interaction. He wished his little princess on her birthday by sharing the video with a caption: “Happy Birthday to my cutest baby ALLU ARHA.”

Arha will make her debut on the silver screen with Samantha in Shaakuntalam. She will be seen portraying the character of Prince Bharat. 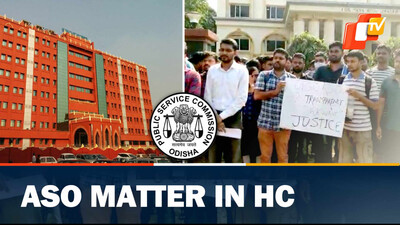