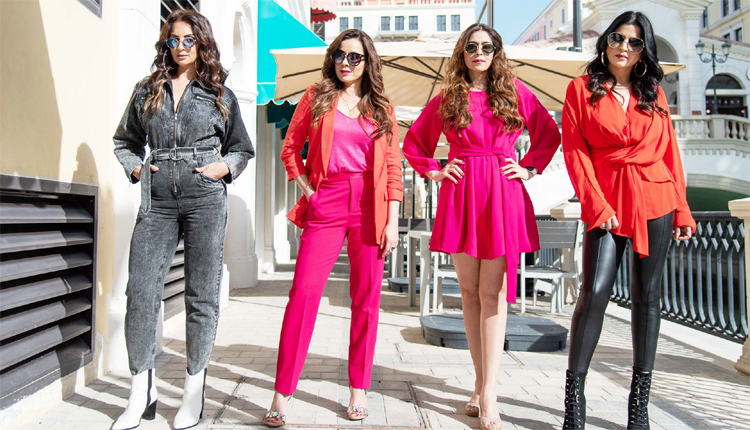 If there’s any reality show that has been the talk of the town apart from Bigg Boss, it is K Jo’s Fabulous Lives Of Bollywood Wives. The show has drama, fight, cringe and opulence which make it a perfect watch for trash television lovers.

The show focuses on the personal and professional lives of Neelam Kothari, Maheep Kapoor, Bhavna Pandey, and Seema Khan, wives of Bollywood actors Samir Soni, Sanjay Kapoor, Chunky Pandey, and Sohail Khan respectively. The finale ends with Shah Rukh and Gauri’s entry as they took a trip down the nostalgia lane.

The show premiered on November 27th and netizens were quick to review the series – while some shared hilarious memes to point out their fake accents and catfights, others called it a cheaper rip-off of Desperate Housewives and Keeping Up With The Kardashians. While some liked Maheep Kapoor, Neelam Kothari’s in the series, Karan Johar’s appearance in the show just to instigate a fight among the four became the butt of jokes.

Here is the viewer’s verdict to Netflix’s reality show –

When you expect the wives of Shahrukh , Amitabh, Ajay Devgn and Akshay Kumar in #FabulousLivesofBollywoodWives but you get wives of Chunky Pandey, Sohail Khan, Sameer and Sanjeev Kapoor, then You pic.twitter.com/PfiFjnGixn

The amount of times certain “Bollywood wife” said Le Ball in #FabulousLivesofBollywoodWives, I really wanted to throw a ball at her and say Ye Le Ball.

Forget Bombay, these ladies took me on a world tour with their accents, and I’m only 5min in. #FabulousLivesofBollywoodWives https://t.co/B1oWT5Mv8l