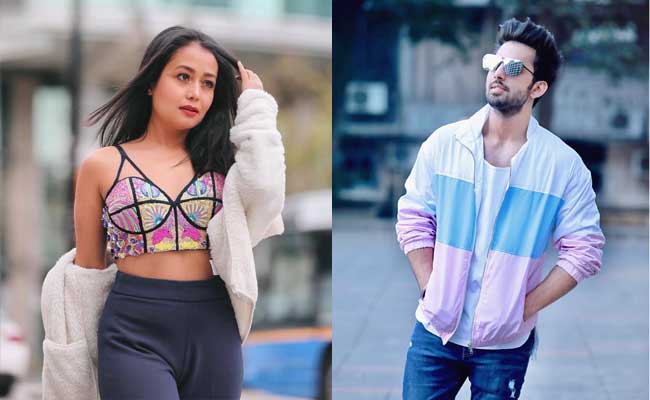 The controversy between Neha Kakkar and Himansh Kohli has now taken an ugly turn. Tears and cries of the “Indian Idol” judge have garnered a lot of sympathy for the “Dilbar Dilbar” singer. But Himansh Kohli has been quiet all through their breakup rarely talking to the media to reveal his feelings. However, after Neha publicized the issue very recently the actor opened up about how he has been suffering after the bitter split.

Kohli said that since he was the silent watcher all through the episode, he has been tagged as the villain. He was dismayed that nobody wanted to know the real story and instead blamed him for the entire thing. The actor said,” I wasn’t saying anything and people were drawing their conclusions based on what she was putting out. She cried on TV shows and everyone believed that I was to blame. I wanted to cry, too, but then we tend to put up a brave front. At the end of the day though, we are human.”

Love You Guddu ?? . Bhagwaan Ki Daya Se, By The Grace of God, I have Everything one wishes from Life ?? Really Really Happy that I’m living a Happiest Life and that’s because of Good Deeds, Good Karma! ❤️??? Log Jo Bhi Bura Bolte Hain Mere Baare Mein They’re nothing but FAKE AND JEALOUS and USING MY FAME to appear in News. Pehle bhi Use Kiya, Mere Peeche se bhi Use Kar Rahe Hain. Oye! Get Famous coz of Your Work, Not bcz of Me. Don’t Use My Name to get famous again. If I open My Mouth…………. I’ll bring here your Mother, Father and Sister’s deeds too.. What all they did and said to me. Don’t You Dare Use My Name and Dont become Bechaara in front of the world, making me look like a villain, Warning You!!!!! ⚠️ Stay Away from Me and My Name!!!!!! ??

Now that Himansh has reacted saying that it was the decision of Neha Kakkar to breakup from him and that he respected it, Neha has come out strongly against her ex-boyfriend’s claims. Rather she has threatened to reveal how his parents behaved during their relationship and drag them in the controversy.

The singer lashed out at Kohli on her Instagram saying that these people are fake and jealous of me and are using my fame for getting the focus of media. In her post, Kakkar says, “If I open my mouth… I will bring your Mother, Father and sister’s deeds too.”

On the work front, Neha is enjoying a high profile career whereas Himansh Kohli has two movies and two music videos to be launched soon.