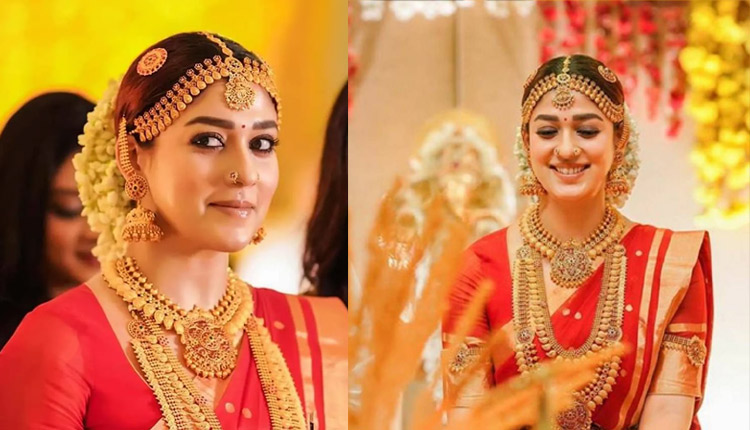 A lot has been written and spoken about Lady Superstar Nayanthara and director Vignesh Shivan’s rumoured impending wedding. The fans of the couple are also rooting for their union.

Reportedly, the south actress and Shivan were supposed to get married last year, but due to the coronavirus pandemic, they had to postpone their wedding.

There were also reports that the Bigil actress later wanted a simple ceremony with close family and friends only. However, when reports of the marriage went viral, the south diva cancelled the plan.

However, rumour mills are abuzz that the Mookuthi Amman star will tie the knot in March this year.

According to Filmi Beat, Nayanthara and Vignesh Shivan will reportedly marry in March in a lavish ceremony in presence of their family and friends.

As per sources, Vignesh Shivan’s family wants a grand ceremony for their son’s wedding. Due to which, Nayanthara has also agreed to an elaborate ceremony rather than a simple wedding.

On the work front, Nayanthara will be next seen in a Tamil thriller ‘Netrikann’ directed by Aval movie fame Milind Rau which is being produced by her beau Vignesh Shivan under his banner Rowdy Picture.

The south actress will also be in Shivan’s next directorial Kaathuvaakula Rendu Kaadhal. The film also stars Vijay Sethupathi and Samantha. It is a romantic comedy playing on a triangular love story angle between its lead actors.