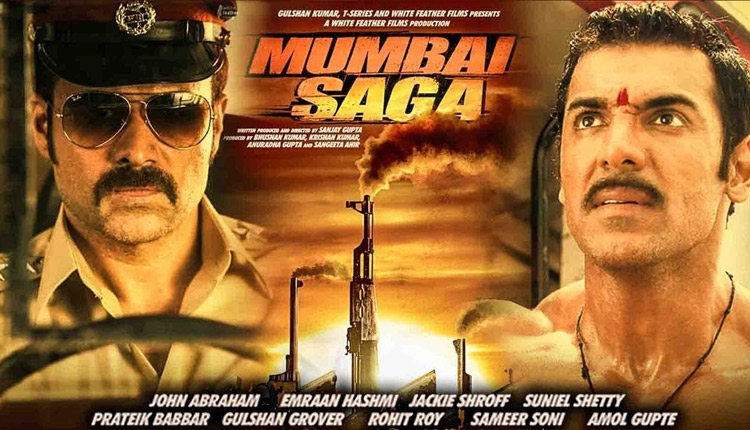 After keeping the cine lovers waiting for long, the makers of Mumbai Saga released the teaser on Wednesday. Director Sanjay Gupta once again brought the world of mafia, police and crime from Mumbai on screen.

In the 1.03 seconds video, the makers gave a glimpse of his lead characters — John Abraham who plays a dreaded don and a high-profile cop played by Emraan Hashmi. And when these two collided on the streets of Mumbai, then Bombay; only chaos can be expected.

The makers also shared a glimpse of Mahesh Manjrekar, Amol Palekar and other important characters in the teaser.

Sanjay Gupta brought the time on celluloid when Mumbai was called Bombay and the mafia ruled the city.

The film is set in the backdrop of the 80s. John’s character ages from the mid-20s to his late 30s.