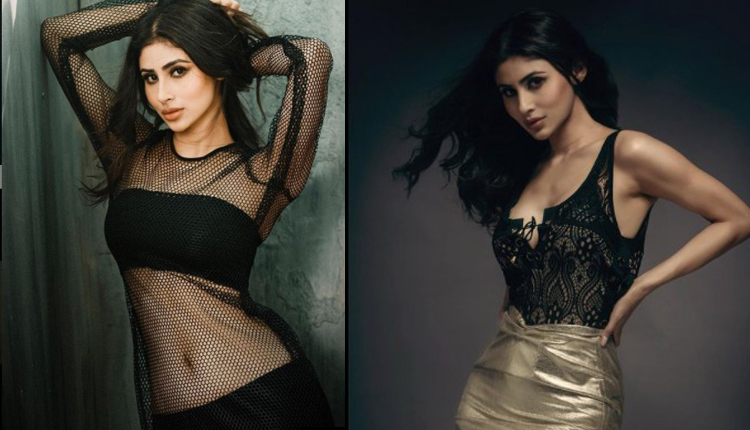 Mouni Roy is the social media queen as her stunning pictures never fail to set the internet on fire. While it has been a while since fans have got a glimpse of Mouni on the silver screen, she keeps treating them with her mesmerizing looks. Recently, she shared several pictures setting Instagram ablaze with her looks in black.

Ever since the New Year has kicked off, she has been sharing her bold photoshoots and interesting all in black. Not only fans but also fellow industry colleagues are in love with her pictures. In the post, she is seen wearing various looks, in one of the pictures she is wearing a black bikini with a black mesh over it. She is also seen wearing a sea green maxi dress posing at the beach. Actress Sonal Chauhan like the rest of the netizens couldn’t stop herself from commenting on the photo and wrote, “This is illegal 🔥🔥🔥”

Recently, the Naagin actress grabbed eyeballs with her black dungaree look in Dubai. She was in Dubai to enjoy a short vacation with her friends.

Mouni Roy, who made her big Bollywood debut with Akshay Kumar starrer ‘Gold’, is known for her on-point fashion game. She will next feature in Ayan Mukerji’s mythological drama ‘Brahmastra’ starring Ranbir Kapoor, Alia Bhatt, and Amitabh Bachchan.