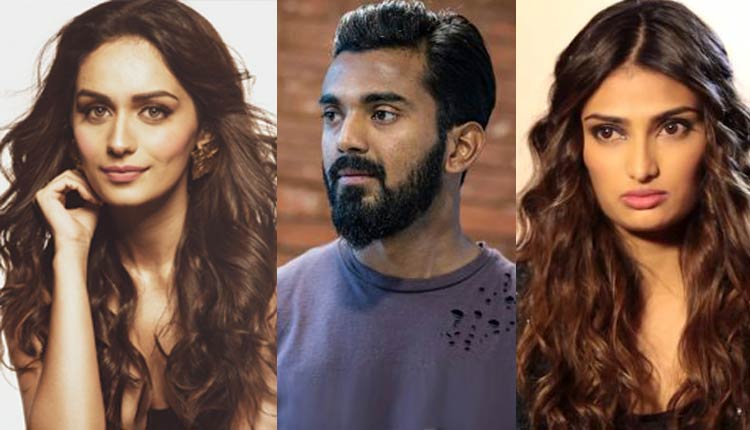 The equation between Athiya Shetty and KL Rahul often seemed much more than friendly in the past. But off late there have been no updates on their relationship. Earlier both the celebs used to comment on each other’s social media posts and even engaged in social media banter. But from the last couple of months, it seems that the Indian batsman and the Hero actress are not in touch with each other. That is why when a couple of days ago when the former Miss India Manushi Chhillar commented on KL Rahul’s post it surprised many.

More than Chhillar’s comment it was the response of Rahul’s close friend Sinan Kader which sort of gave a feeling that the trio is a part of the group.

Has Athiya Distanced Herself From KL Rahul?

The last post that Athiya shared related to the opening batsman was for wishing her rumoured boyfriend happy birthday on April 18 during the lockdown. Sharing a cozy picture of the two, Athiya had commented, “Happy Birthday My Person” giving fodder to the gossip mills.

The next one she shared on May 5 was a cropped picture that only showed the actress but earlier included Rahul as well. Even in the cropped picture, a hand of Rahul could be seen. The picture included a few words that said, “Feels like a dream ago.”

For the past two months, there has been no sharing or commenting between Rahul and Athiya. That is why when Manushi quickly commented on the cricketer’s post fans could not but wonder whether they were coming closer. On his Insta handle, Rahul shared a picture of himself in which he is covering his face with one hand and wrote, “Thinking of a caption….” To this, the beauty queen replied, “ Ask @sinankader, he’ll write you an entire page.” Sinan Kader is a Ranji cricketer and is supposed to be close to Rahul. In response to Manushi’s comment, Sinan replied,” hahahaha u love it.”

Thinking of a caption ……

The ‘love it’ comment is quite intriguing suggesting some serious development between Manushi Chhillar and KL Rahul. Has Athiya Shetty cut her ties with her rumoured boyfriend?

Athiya Shetty & KL Rahul- Confusion Or Breakup, What Is Happening?