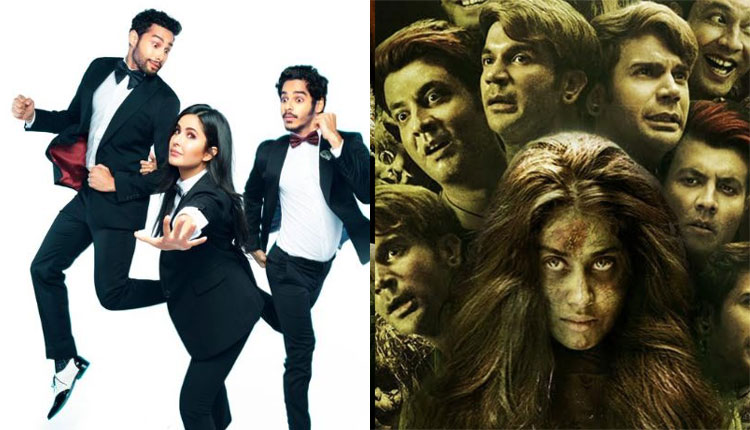 Bollywood Horror is evolving beyond simple tales of ghosts, haunted houses, and possession stories. FIlmmakers are learning to give a spin to the tale. New sub-genres are being created blending horror with comedy, romance, mythology, and more.

Horror comedies, Horror films with social messages, and mythological twists to supernatural lore are all plot ideas that fall under the broader genre of horror.

What’s more, A-list stars are joining the horror bandwagon. For a long, the genre was all about B and C-list actors, given the low production costs. The scene briefly changed when Ram Gopal Varma made Bhoot, casting Ajay Devgn, Urmila Matondkar, Fardeen Khan, and Rekha in the film. However, that was a one-off case. The horror genre has mostly been about the modest cast.

Here’s a list of upcoming films that explore horror in a new light:

The werewolf saga of Hollywood gets a ‘desi’ twist. The teaser of the film was released by actors Kriti Sanon and Varun Dhawan on their Instagram page on Sunday. In the teaser, a man is seen turning into a werewolf on a full moon night. The film is directed by Amar Kaushik and is slated to release on April 14.

This Rajkummar Rao-Janhvi Kapoor starrer will explore horror-comedy. The film’s trailer has received a positive response. The film is slated to release on March 11.

The horror-comedy starring Katrina Kaif, Ishaan Khatter, and Siddhant Chaturvedi could be our version of Ghostbusters. The team announced the film as “One-stop shop for all bhoot related problems”. While the release date of this ‘desi’ exorcism with a twist is not announced, the film has already gone on floors and is currently shooting in Udaipur.

This “spooky adventure comedy” is directed by Pavan Kirpalani and stars Saif Ali Khan, Jacqueline Fernandez, Yami Gautam and Arjun Kapoor. While no one has got their hands on this film’s first look, Saif’s wife Kareena Kapoor Khan had earlier shared the poster of the film, wishing them the best. The team had started shooting in November 2020 and has been shot all over Himachal Pradesh.

Besides, there has been the likes of the Akshay Kumar-starrer Laxmii, a blend of Bollywood horror and slapstick. The 2018 film Tumbbad created horror using a twist of mythology. Rajkummar Rao’s 2018 blockbuster film “Stree” blended a message about women empowerment with horror and comedy.