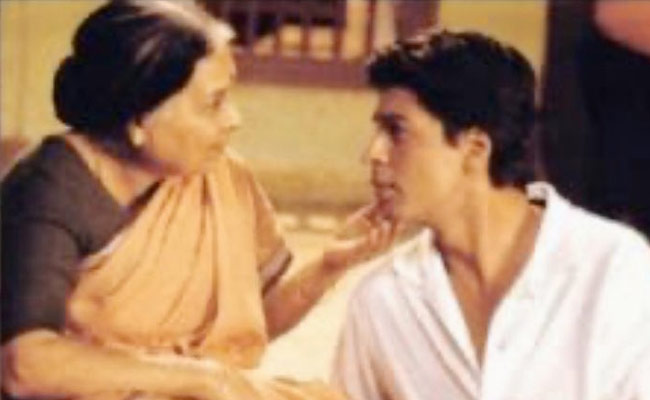 Mumbai: The demise of veteran Kannada actress Kishori Ballal, who shot to Bollywood fame playing Kaveri Amma in the Shah Rukh Khan-starrer “Swades”, has left the film’s director Ashutosh Gowariker “heartbroken”. Referring to her as “Kishori Amma”, SRK said she will be sorely missed, especially for the way she would reprimand him for smoking.

Shah Rukh took to Twitter on Wednesday to pay tribute to Ballal with a message and a still from their 2004 film “Swades”.

“May her soul rest in peace. Kishori ‘Amma’ will be sorely missed. Especially how she used to reprimand me for smoking. May Allah look after her,” he captioned the film still, in which the two actors are sitting next each other.

May her soul rest in peace. Kishori ‘Amma’ will be sorely missed. Especially how she used to reprimand me for smoking. May Allah look after her. pic.twitter.com/E8UGZMZ0Zj

Gowariker recalled Ballal as a kind and affable person. “HEARTBROKEN! Terribly sad about the passing away of #KishoriBallal ji!! Kishori ji… you will be remembered for your generously kind, warm and affable persona! And your unforgettable performance as #Kaveriamma in #Swades !! You will surely be missed!!” he tweeted.

Kishori Ballal started her career with “Ivalentha Hendthi” in 1960 and acted in 72 films over 15 years. In Bollywood, apart from “Swades”, she was also seen in the Ranu Mukerji-starrer “Aiyya” (2012) and the Deepika Padukone-starrer “Lafangey Parindey” (2010).

MH370 Was Mass Murder Suicide By The Pilot: Tony Abbott