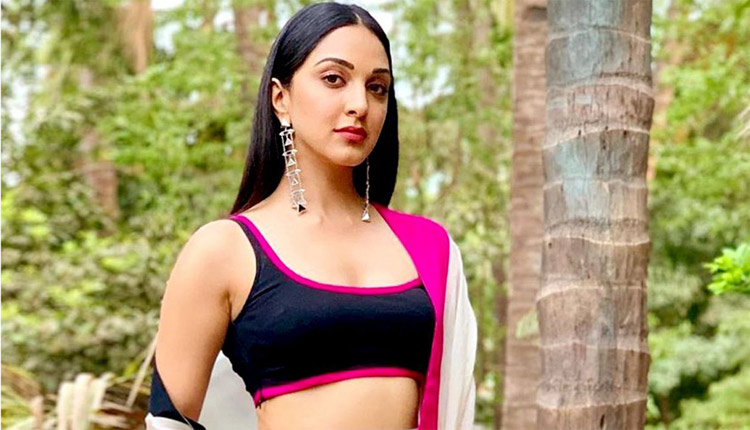 After changing the title from ‘Laxmmi Bomb’ to Laxmii, the Akshay Kumar starrer is all set for release a few days ahead of Diwali.  The film has witnessed rounds of controversy and buzz even before its release. Now it is again trending all over but this time because of the movie’s leading lady.

Recently, the makers took to social media to share their latest poster where Kiara Advani took the forefront while Akshay is seen lurking behind her as Laxmii.

The actress who has a large fandom to her credit was creating a lot of buzz on social media, thanks to her fans were excited to see her new look in the poster.

Last week, the makers had dropped the upbeat track ‘Burj-Khalifa’ which became a chartbuster and many celebrities did the Burj Khalifa challenge by dancing to the number.

Earlier, the film went for a censor certificate to CBFC and after the screening, the makers decided with the officials of the censor board about the title change owing to several controversies and outrage.

Akshay Kumar’s Laxmmi Bomb Gets A New Title After Controversy