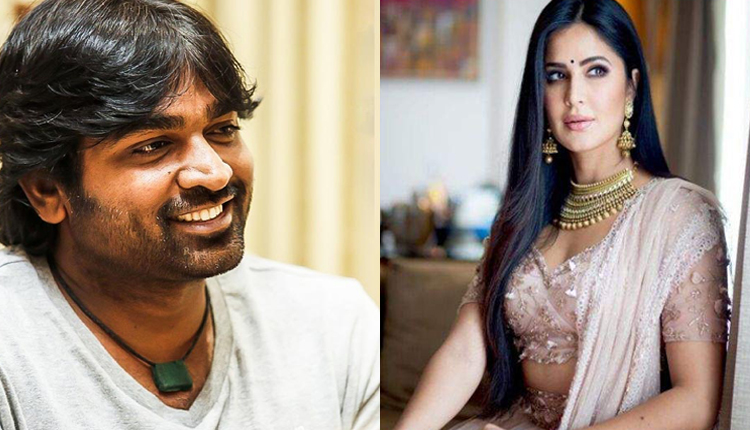 Ever since the buzz of Katrina Kaif and Vijay Sethupathi officially pairing up together hit the internet, cinema fans across the country were holding their breaths in anticipation. As the latest development, the film will be, like Andhadun, an out-and-out thriller titled Merry Christmas.

Merry Christmas will go on floors in April after Katrina Kaif wraps Phone Bhoot and will be shot in Pune. An official announcement of the same is still awaited by the fans eagerly. Andhadun director, Sriram Raghava, who was earlier shooting his next big-budget flick Ekkis with Varun Dhawan put the project on hold and moved to bring this unlikely duo together in the thriller.

It is no news that every project that Sriram heads is a mega-hit project with a massive budget. Now with Vijay joining the boat, one is sure that the project will be high on budget and content.

A Thriller.. Will be shot in #Pune in April..

The speculations of Vijay Sethupathi’s big Bollywood debut were rife for a long time now. The South star was all set to make his entry in B-town with Aamir Khan’s Laal Singh Chaddha. However, Vijay and Aamir reportedly had a fallout due to which it couldn’t take place.

Meanwhile, Vijay Sethupathi rocked the box office, along with Thallapathy Vijay, playing the villain in Master this Pongal. Whereas Katrina Kaif will be seen along with  Siddhant Chaturvedi and Ishaan Khatter in the horror-comedy Phone Bhoot. After wrapping Phone Bhoot she will start working with Sethupathi on Sriram’s film. She is also set to reunite with her Tiger Zinda Hai director Ali Abbas Zafar for a big-ticket action film.