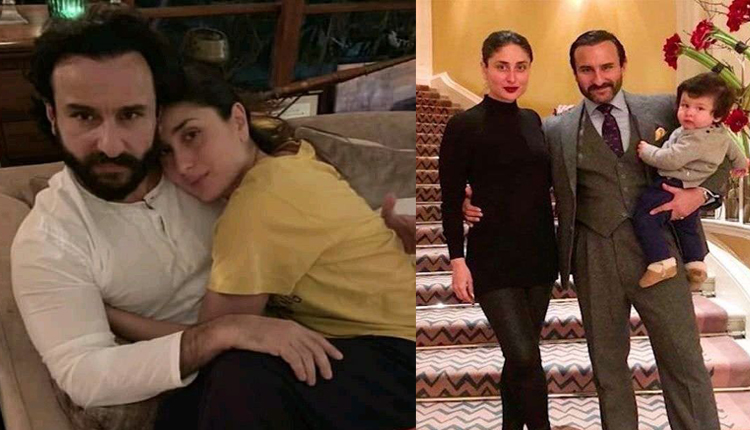 Kareena Kapoor and Saif Ali Khan’s love story is as ‘filmy’ as it gets. In 2008, rumours of their affair were all over the news, and even after years of their marriage, it seems like the fans can’t get enough of the Pataudi couple. On their 8th wedding anniversary, take a look at some of their best moments that will make you believe in eternal romance.

Once upon a time there was a girl named Beboo and a boy named Saifu. They both loved sphagetti and wine… and lived happily ever after. 😉 Now you guys know the key to a happy marriage 🤣🤣🎈🎈💯💯❤️ On that note, happy anniversary SAKP… here’s to eternity and beyond ❤️❤️

After keeping their affair low-key for some time, in 2012 the power couple had a court marriage, followed by a simple house party. The fans were mesmerized when the pictures of their wedding ceremony were uploaded where Saifeena channelized their royalty.

On Koffee with Karan, Kareena opened up about people judging their relationship and how the two, eventually proved them wrong. “When I wanted to marry Saif, everyone was like, ‘He has two children, he has been divorced. Are you sure you want to do this?’ They were like, ‘Your career will be over.’ And I was like, ‘Such a big crime to be in love? Let’s do it, let’s see what happens,” she had said.

I made a video for Saif’s 50th capturing 50 years of his life, which I shared with him last night. It was 22 minutes long and I still felt there was so much more to be said! Am sharing here a glimpse of 50 pictures of the video that is from the heart ❤️❤️! Happy birthday love… you make 50 look so good and so well lived!

Saifeena has been the tinsel town’s favourite couple because they are the perfect example of ying and yang. While Saif has always been an introvert who keeps to his books, Kareena is the social bee who is the life of every party, together they are the ideal couple.

The duo bought the concept of ‘couple dressing’ to the country with their matching wardrobes and fashion statements whenever they were spotted together.

3-year-old Taimur has been the media’s darling ever since he was spotted by the paps. Kareena keeps sharing glimpses of their family time together trying fun activities.

I am not dreaming of beaches… You are! #TakeMeBack ❤️

Recently, Bebo announced that the couple will be welcoming their second child soon with a beautiful post.

“We are very pleased to announce that we are expecting an addition to our family !! Thank you to all our well-wishers for all their love and support.” – Saif ali khan

It has been a rollercoaster ride for the royal couple amidst all the media reports and speculations but they have held together with humour, love, and transparency with their fans.