Kangana To Uddhav Thackeray: Today You Demolished My House, Tomorrow Your Ego Will Be Demolished 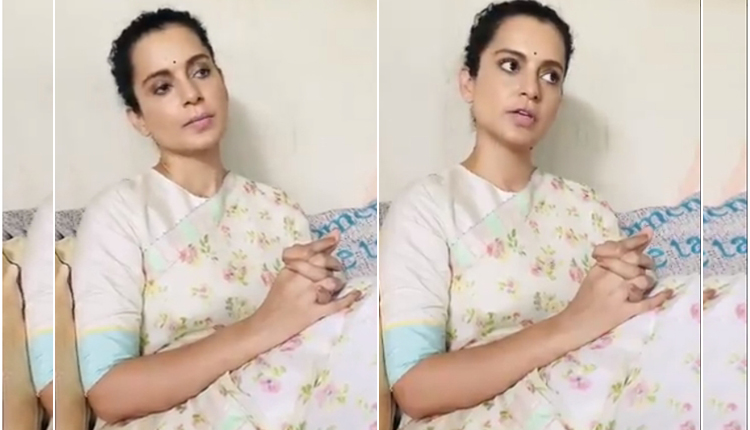 Kangana took to Twitter soon after landing in Mumbai, and shared a video where speaks in Hindi. She shared that she now understands how Kashmiri Pandits felt after property is vandalised.

In the clip, Kangana is heard saying in Hindi: “Udhhav Thackeray, do you think that you along with the film mafia broke my house and took big revenge? Today my home is broken, tomorrow your ego will be broken. This is the wheel of time. Remember this. It doesn’t always remain the same.”

“I think you have done me a huge favour because I always knew what the Kashmiri Pandits have gone through, today I felt it.”

She then promised to make a film on Kashmir and Ayodhya.

On Wednesday, Brihanmumbai Municipal Corporation started demolishing her Bandra property for alleged unauthorised modifications and extensions. The actress had tweeted photographs of the BMC demolishing, and had also reacted to it. The Bombay High Court later passed a stay order on the demolition.

Read stories related to this :

Kangana Ranaut On BMC Demolition: My Mumbai Is Now PoK