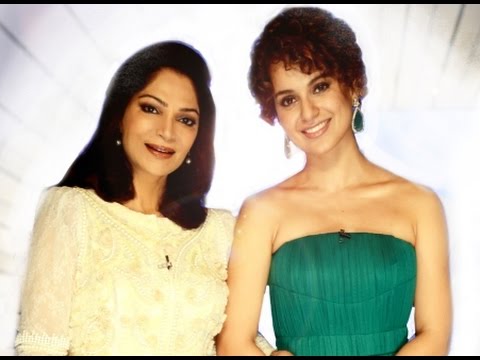 Kangana Ranaut poured her heart out on national television regarding the people who she believes are behind the death of Sushant Singh Rajput. She kept on divulging some very shocking facts as Arnab Goswami coaxed more details from her. The Queen of Bollywood was quite direct and ruthless in her allegations against the team of Karan Johar, Aditya Chopra, and more which she repeatedly called Bollywood mafia. Incidentally, similar to Kangana and Sushant Singh Rajput many other actresses have suffered due to nepotism but very few have been vocal about their losses and harassments.

But when the three-time National Award winner said on television that Sushant Singh Rajput’s death is a murder, it triggered a reaction from the star of yesteryear, Simi Garewal. Apart from working in many movies with leading stars of the sixties and seventies, Simi also became a household name through her show Rendezvous with Simi Garewal on television. The show gave her recognition of which cinema could not. Similarly, she returned to television after a break with India’s Most Desirable but the show could not get much-expected attention.

Simi Says, ‘I am Not So Brave As Kangana’

After the interview of the Tanu Weds Manu actor aired on television, the Chalte Chalte actress tweeted that it left her depressed. Simi was aghast knowing about the hassles an outsider like Sushant Singh Rajput has to endure to stay and succeed in this industry and said that this needs to be changed.

I don't know what all of you felt after watching #KanganaSpeaksToArnab ..but it has left me quite depressed..
I'm distraught at what #SushantSingRajput endured .. and also what many 'outsiders' go through in Bollywood.. it must change!

I applaud #KanganaRanaut who is braver & bolder than I am. 👏👏Only I know how a 'powerful' person has viciously tried to destroy my career. I stayed silent. Because I am not so brave… 😥@KanganaOffical

In a follow-up tweet, the elegant actress for the first time revealed that someone from the industry viciously tried to destroy her career. The Mera Naam Joker actress says, “I stayed silent. Because I am not so brave… @KanganaOffical”. After Simi’s tweet, many have linked it up with the Koffee With Karan show of Karan Johar as his chat show had almost the same format as Simi. Interestingly the ‘lady in white’ was planning to return as talk show hostess with a reboot of her earlier talk show in 2019. She had even listed Deepika Padukone and Ranveer Singh as her first guest. But somehow that show did not take off.

While it was unexpected that a yesteryear actress like Simi would react to current star Kangana Ranaut’s outrage, many are questioning why other outsiders in Bollywood are not standing behind the Gangster actress.

Google ‘Nearby Sharing’ Tool Coming To Android Users In August