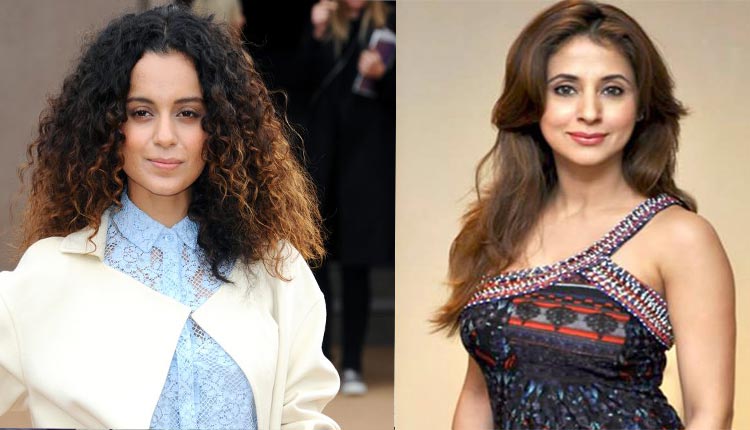 Actress Kangana Ranaut yet again finds herself in the middle of a controversy on social media with her tweets. This time the row is with 90’s diva turned politician Urmila Matondkar.

Where was your feminism you dumb ass when Urmila called me Rudali and a prostitute? You fake feminist shame on entire woman kind, do you know a human don’t just have physical body we have emotional body, mental body and psychological body as well, rape isn’t just intercourse!!

A number of Bollywood stars came in support of the Rangeela actor after this remark, and Twitteratis have started trending #ShutUpKangana  for comparing a ‘demolition’ to rape and reminded Kangana of Matondkar’s acting accolades in various movies.

Just felt like saying this to one of the most beautiful, elegant, evocative, expressive actresses ever. Sending you love @UrmilaMatondkar

@UrmilaMatondkar you are a legend. #Rangeela was a treat visually,emotionally and you raised the bar for all of us in so many ways. You left us all,co-actors and an entire generation of movie goers awestruck! Sensuality & dignity.. two qualities you combined & embodied. Respect!

The war of words had started  when Urmila in her recent interview slammed Kangana Ranaut and said “You have to decide do you want to constantly play the victim card non-stop say main toh victim hun, victim hun, victim hun.” She also said “The entire country is facing the menace of drugs. Does she (Kangana) know Himachal is the origin of drugs? She should start from her own state.”

SSR Case: CBI Team Back In Delhi, To Meet AIIMS Forensic Board