K-Drama True Beauty Episode 10 Is High Drama; Suho and Seojun To Be Friends Again In Episode 11 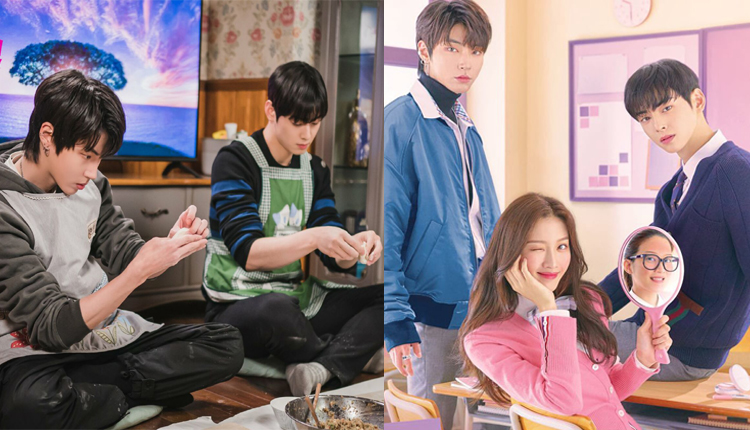 True Beauty is taking India by storm with its popularity soaring high among the audience. The 10th episode released yesterday followed closely episode 9 which dropped on Wednesday. The latest episode was high on drama and emotions and the fans can’t wait for episode 11 which will be dropping next week.

Episode 10 will pick from the fun Episode 9’s ending where Jugyeong’s father catches Suho and Jugyeong while they are about to kiss while he is hiding in Suhoo’s house. The episode will have some very light and fun moments as Suho (Cha Eunwoo) and Seojun (Hwang In Yeob) are schooled by Jugyeong’s mother to patch up. The two get into a fight while they are indulged in a dumpling-making competition in the house. She makes the boys cut their toenails and say I love You to each other just like she made her kids patch up after a fight.

The family also voted on who should date Jugyeong, while her father and brother vote for Suho, her mother votes for Seojun. After which Suho says if she wants his father’s autograph to bribe her which is hilarious.

– why everything messed up? 😭 pic.twitter.com/4KGXCq9qRV

Meanwhile, we see some cute romantic moments of Suho and Jugyeong as well. Jugyeong says she can’t come to study because she is feeling unwell so Suho asks if she can meet him in the comic shop. Suho brings her medicine & food because he gets so worried; he even blew her food for her. This leaves all the Team Suho swooned.

The high drama starts latter half of the episode where Suho and Seojun get into an accident. Suho breaks up with Jugyeong and also realizes his dad was the reason for Se Yeon’s scandal.

The episode 11 preview is also out where we see a glimpse of Soojin getting an evil track by trying to reveal Jugyeong’s secret. We also see former best friends Seojun and Suho comforting each other and maybe a start of rekindling their friendship all over again.

True Beauty premieres on South Korea’s top channel TVN. For the Indian viewers, the series is available on Rakuten Viki and other websites like Kissasian and Dramacool also stream it a day late for free.