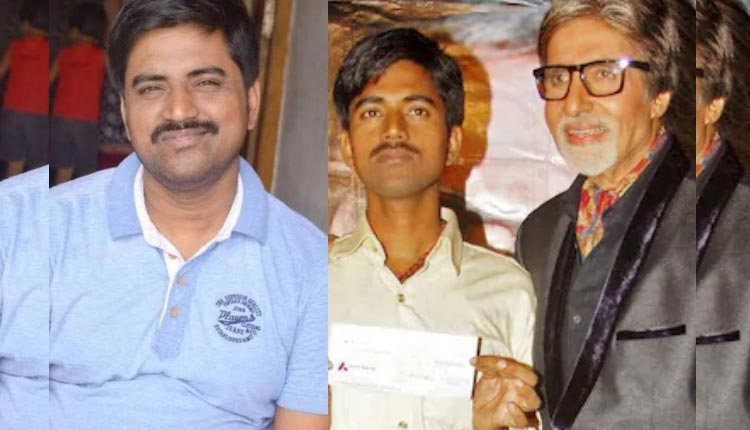 Sushil Kumar had won the jackpot prize of Rs 5 crore on the quiz show, Kaun Banega Crorepati season 5, hosted by megastar Amitabh Bachchan in 2011. He is still among the biggest winners of the show but says that life after winning the prize has been nothing but challenging. He took to his Facebook account and shared his journey. He called it ‘the worst phase’ of his life.

In a note posted on his Facebook page, Sushil has written all about the turbulance he had to face after winning the jackpot. From getting addicted to alcohol and cigarette, getting duped by cheats to even his marriage hitting a rough spot, Sushil talked about all that went wrong.

He titled the note as ‘The worst time of my life was after I won KBC’. Sushil said that right after his win, he was asked to appear for functions and various events in Bihar almost 15 days in a month. This led him putting his education in the back seat.

Because the media kept taking his interviews and asking for updates on his life, he made investments in a few businesses so that he would have something to tell the journalists. However, most of those ventures flopped.

The jackpot winner then became a philanthropist, donating almost Rs 50,000 every month to different causes. He later figured out that he was being duped. Even his relationship with his wife suffered as she believed he had no clue about who to  trust which led to the couple almost getting a divorce.

Sushil aspired to become a filmmaker too. He arrived in Mumbai with hopes of being a filmmaker but he was told to write a script for a film which sold for Rs 20,000. “It’s a thousand times better to be a good human being than a famous one,” he said.

Kumar then returned home from Mumbai and became a teacher. After which he realised money can’t buy happiness.