Here’s How Your Favourite Stars Are Celebrating Diwali This Year 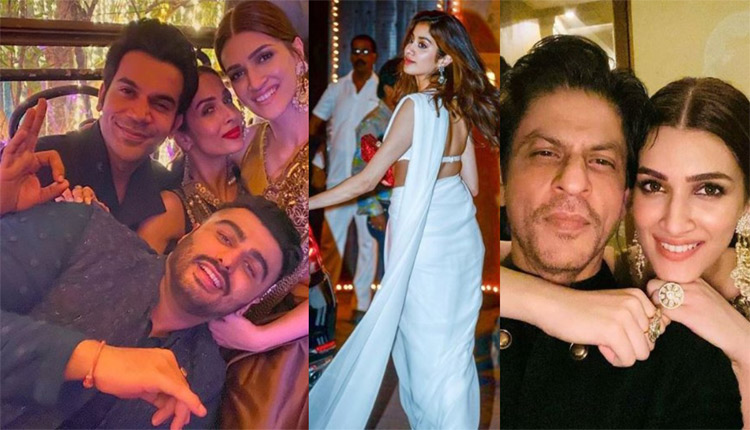 Diwali is lacklustre this year due to the pandemic for most of us and even Bollywood is lying low contrary to its grand celebrations every year. The Hindi film industry is known to go big when it comes to celebrating the festival of lights, from the Bachchans to Shah Rukh Khan – the industry comes together to celebrate Diwali as one. However this isn’t the case this year owing to many reasons, Covid-19 apart.

The Bachchans and Jeetendra already cancelled their Diwali bash this year owing to the demise the veteran actor Rishi Kapoor. Others actors who usually turn host this festival also followed suit. However, Karan Johar hosted a low-key intimate Diwali party at his home for close friends like Kareena Kapoor, Manish Malhotra and Malaika Arora Khan.

Most of the stars have flown out to retreat hotspots to spend some peaceful quality time. While Shah Rukh Khan, Sanjay Dutt are at Dubai along with family, love birds Tiger Shroff and Disha Patani are at Bollywood’s favourite vacay spot the Maldives to ring in Diwali. Bebo and Saif are going to have a low-key festive affair at Dharamsala where he is currently shooting for Bhoot Police.

Yesterday, Deepika Padukone, Ananya Pandey and Ishaan Khattar attended the Diwali bash hosted by Sidhant Chaturvedi at the latter’s home. Deepika had earlier revealed that she will be staying in at her home and performing a simple puja for Diwali.

On Dhanteras, Ekta Kapoor, who hosts a grand party every year where all the telly stars mark their attendance, hosted a rather small party this year with limited guests. Mouni Roy, Hina Khan, Mrunal Thakur and so on were spotted in their ethnic best by the paps at the event.