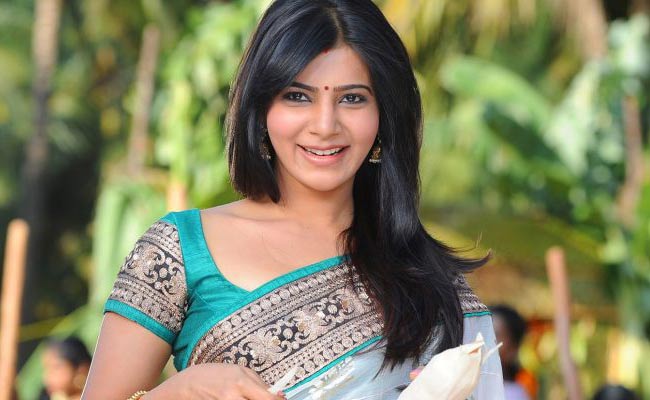 Samantha Akkineni and Naga Chaitanya have been setting indomitable couple goals with their cute displays of affection. Samantha is one of the most celebrated and bankable actresses in the South film industry.

On her birthday, here’s a look at some interesting and lesser-known facts about the Oh! Baby actress:

Samantha is a founding member of Pratyusha Foundation, an NGO that provides medical assistance to underprivileged children and women. The NGO has so far saved more than 500 lives. It has been working solely for welfare purposes with funds being raised from public and a major portion from Sam herself.

Speaking on Samantha, Seshanka Binesh who is also associated with the NGO, had once said that it’s Sam’s encouragement and support that has kept those associated with the organisation strong. “When it’s a good deed, Sam always has a thumbs up and best wishes,” she had said.

Hollywood actress Audrey Hepburn is Sam’s inspiration and she has reportedly watched all the movies of the famous actress. The Rangasthalam star was a part-time model before entering into the south movie industry.

The UTurn actress is lovingly addressed as Yashoda by her friends and family. Samantha is a travel freak; she loves visiting and exploring new places.

She is a big-time foodie and it is quite evident from the plethora of pictures shared by her on Instagram. She likes fried eggs and sausages among others but sushi is her favourite.

On the work front, Samantha will be next seen in Amazon Prime Video series The Family Man 2, alongside Bollywood actor Manoj Bajpayee. The web series will mark Sam’s digital debut.

The release date of The Family Man 2, is yet to be announced.

Here are some of the birthday wishes and messages shared by her fans:

#HappyBirthdaySamantha Wishing you a very happy birthday Sam @Samanthaprabhu2 ? you’re one of the most talented inspiring actresses ever! Looking forward to seeing you in more films! pic.twitter.com/aNqevssnoL

Here’s wishing one of the most talented, charming and beautiful actress @Samanthaprabhu2 very very happy birthday!
One of the best pair for #Thalapathyvijay #HappyBirthdaySamantha#Master pic.twitter.com/hbsRTRdynh

Restrictions to continue in Bengal till May 21: Mamata Banerjee