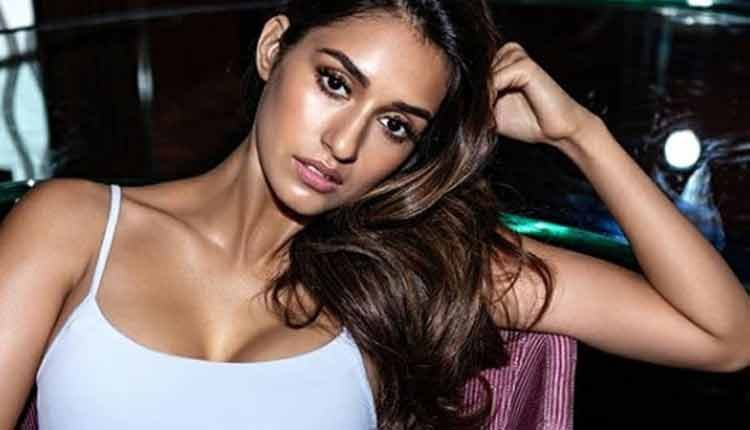 Disha Patani is currently hitting the headlines almost daily and all for good reasons. Her performance at the premiere of ISL with her rumored beau Tiger Shroff was highly appreciated and followed on social media. Similarly, she has been roped in to star opposite Salman Khan in his ambitious new project “Radhe” to be released during Eid next year.

Also, her appearance at the success bash of Hrithik Roshan, Tiger Shroff and Vaani Kapoor starrer “War” was discussed widely mostly because of her alleged link up with the “Heropanti” star and also because of the kisses that the leading lady of the movie showered on the “Baaghi 2” actress.

Recently the diva was spotted in a blue colored printed mini skirt and a revealing white top. The outfit clearly revealed her toned thighs and slender arms, an indication that she takes great care to keep her body looking hot and fit.

Both Disha and Tiger are fitness freaks and keep on sharing their workout videos on social media. From Kickboxing to dance moves, the heartthrob of nation is simply awesome in whatever she does. On the work front, Disha Patani recently wrapped the shooting of “Malang” in which she is starring alongside Aditya Roy Kapoor.

The actress got her first big breakthrough “MS Dhoni: An Untold Story” and since then have acted in a couple of movies. Her dance number “ Doob jau teri aankhon ki ocean mein” with Salman Khan in “Bharat” was a chartbuster and revealed her dancing skills. Prior to that Disha also worked with Tiger Shroff in “Befikra” video but the “Bharat” song really helped the actress establish herself as one of the most glamorous dancers in the business.

Getting “Radhe” can prove to be a turning point for Disha Patani as most of the Salman Khan movies do very well at the box-office.