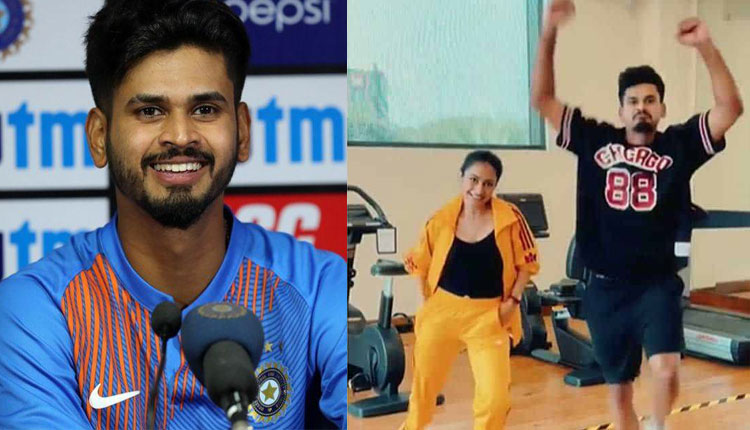 Indian Cricketer Shreyas Iyer who is away from the cricket field for now keeps surprising his fans with his hidden talents on social media. The batsman has now taken the internet by storm with his latest video where he is flaunting his dancing skill along with With Yuzvendra Chahal’s wife Dhanashree.

Shreyas has already become a social media influencer due to his stylish feed and dressing sense. He also mesmerized fans with his magic tricks that he showcased on various occasions. He now gave his fans a glimpse of another hidden talent that is his smooth dancing skills. Iyer took to Instagram to share a video of him and Dhanashree Verma, Yuzi’s wife who is a choreographer, showing off their classic dance moves to the music.

Both of them were seen in comfortable workout wear and made quick leg moves that left the fans speechless.  The duo’s performance has garnered praise from a number of celebrities and cricketers already from all-rounder Hardik Pandya, Team India fielding coach R Sridhar and off-spinner Ravichandran Ashwin’s wife Prithi Narayanan among others.

Rashmika Mandanna Reflects on Controversies in Her Life