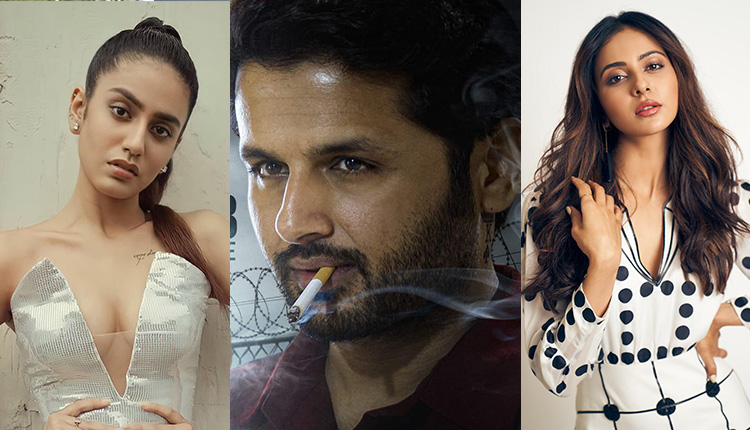 Telugu flick ‘Check’, directed by Chandra Sekhar Yeleti, starring Nithiin, Rakul Preet Singh and Priya Prakash Varrier is all set to hit the cinemas on 19 February 2021. Nithiin will be seen after around a year following his 2020’s hit ‘Bheeshma’.

As per reports, Rakul and Priya are playing the female lead characters in the flick.

Yes, the same 21-year-old Priya Prakash Varrier, who had sent millions of youths into frenzy a year back with her infectious wink in Malayalam movie ‘Oru Adaar Love’ and became the heartthrob of young boys overnight.

Here is a link to refresh your memory

It is worthwhile to mention here that, Noorin Shereef was the female lead of  Oru Adaar Love. However, Varrier’s flirtatious wink in a song of the movie made headlines, allegedly sidelining Noorin from the movie’s promotions. Priya even got the nickname of ‘Wink Girl’.

‘Check’, marks her debut in the Telugu movie industry that promises to reinforce her career in the entire south film industry.

Though, Nithiin is the male lead in this movie, fans are excited to see Priya in the movie. Release date announcement of the movie has made her fans trend her name on Twitter on Friday with #PriyaPrakashVarrier.

A user tweeted, “When I see Priya Prakash Varrier trending ….I was like yeh ladki ab kisko aank maari …?”

When i see #PriyaPrakashVarrier trending ….I was like yeh ladki ab kisko aank maari …?

Another such fan went on to describe her as a Goddess, “Start the day by worshipping the feet of young goddess,” she tweeted.

Start the day by worshipping the feet of young goddes #PriyaPrakashVarrier 😍 pic.twitter.com/AbWQooWYHS

And last but not the least, a twitter user pulled Rahul Gandhi in to the equation and reminded everybody of his famous wink in the Parliament.