Bigg Boss 14: Nikki Tamboli Called Dumboli By Netizens As She Gets Dumb And Irritating 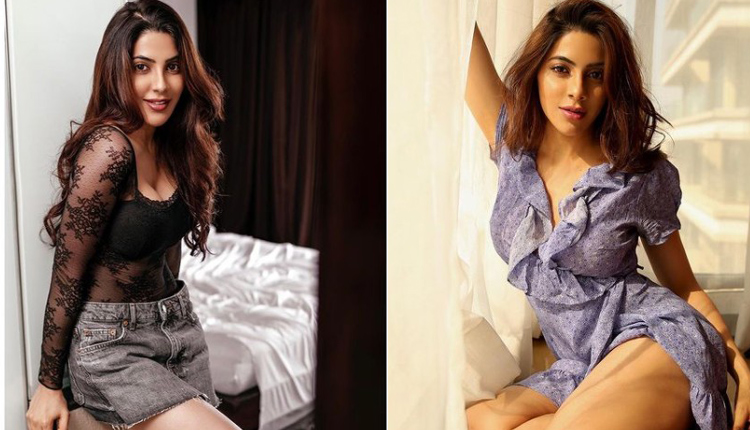 Nikki Tamboli was loud and rude ever since she set foot inside the Bigg Boss 14 house, but there was a distinctive spark that overshadowed the rest in the initial weeks. Now, she seems to have lost the spark, with her gameplay increasingly seeming dumb and irritating.

Nikki was the first contestant who got noticed for the way she tried adding drama in an otherwise dull season. At the moment, when the show has gathered steam with its dose of entertainment, fights, and controversies, Nikki has gone off-track — which can be lethal for her, with the edition nearing its end.

After her comeback, her strategy first faced a setback — thanks to the loud antics of Arshi Khan and Rakhi Sawant. And she has not been able to recover from that completely.

She has retained one thing from her original game plan — being loud, but lately without making sense.

Last weekend, show host Salman Khan warned Nikki to mend her ‘badtameezi’ (ill-mannered ways), reminding her she was being given a fresh chance to turn around her image.

Bigg Boss buffs were expecting new and smarter gameplay. However, Nikki just got louder and looked for ways to fight. In fact, when given a chance to show her entertaining side during an entertainment task, she engaged in the usual fights and even told Vikas Gupta that this was her way of entertaining.

Her game plan in some way mirrors that she wants to hang around with the more popular faces on the show, to stay in the limelight, and get votes. This was pointed out by Devoleena Bhattacharjee during a nasty fight and it probably explains her closeness to television couple Abhinav Shukla and Rubina Dilaik. It could also be the reason she brought to focus the #MeToo incident of “Bigg Boss 13” involving Sidharth Shukla.

Her antics are not going unnoticed, but have seemed boring and without imagination so far.

Many social media users are picking on the term ‘dumboli’ — used by Devoleena Bhattacharjee during a fight — to describe Nikki lately.

“@nikkitamboli dumb player in the entire #BiggBoss history,” wrote one user, while another shared: “The dumbest and badtameez ladki in the house ever is #NikkiDumboli. She should be thrown out of the house immediately.”

“#NikkiDumboli is selfish and desperate to another level. How can people around tolerate this utter rub***h,” posted one?

Now, as Nikki is nominated and is in danger, it will be interesting to see if she will get another chance to mend her ways in the Bigg Boss 14 house.