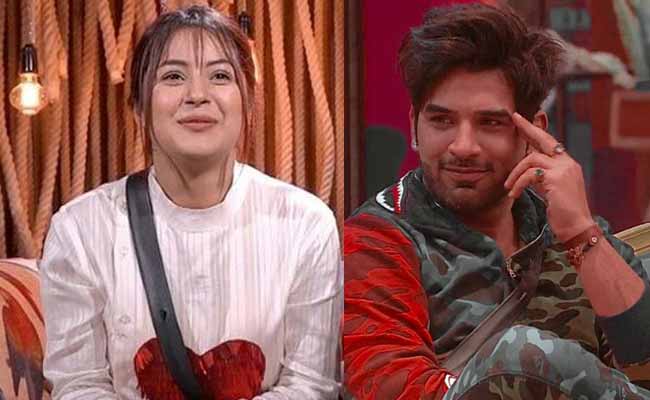 Bigg Boss 13 Season is finally coming to an end. It was a long season marked by fights, controversies and even violence at some stage. Now that Rashami Desai, Sidharth Shukla, Paras Chhabra, Mahira Sharma, Aarti Singh, and Asim Riaz have emerged as the top 6 contenders on the show, fans are just eager to know who wins it after all. Importantly, Colors enjoyed a good viewership due to Bigg Boss 13 hosted by superstar Salman Khan and would love to continue with the same level of entertainment and success.

That is why; the channel has planned to come up with yet another reality show “Mujhse Shaadi Karoge” which will show stars finding their match on the show. According to reports, post-Bigg Boss 13, Paras Chhabra and Shehnaz Gill will be participating in this reality show.

Paras and Shehnaz received a lot of popularity through Bigg Boss 13 although they were already quite famous in their own right. While Shehnaz is known for her Punjabi music videos, Paras previously won the Splitsvilla 5. He has also been a part of daily soaps like Vighnaharta Ganesh and Badho Bahu. Through Bigg Boss 13 their personality and attitude have come up clearly in front of the audience. Despite banters and quarrels of these stars, fans have loved and voted for them.

While Shehnaz is being linked with Sidharth, Paras seems to have developed a good bond with Mahira Sharma. But experience suggests that once these stars are out of the house, the relationships wither away. After Paras and Shehnaz are free from Bigg Boss’s house, they will be a part of the new reality show by Colors hosted by Maniesh Paul.

Through this show, fans will help the stars to find their life partners. It will involve various tasks for determining the level of compatibility of the participants with Paras and Shehnaz. The show slated to start from 17th February onwards at 10.30 pm during the weekdays will be similar to “Swayamwar,” a reality show in which Rakhi Sawant, Ratan Singh Rajput, and Rahul Mahajan participated.