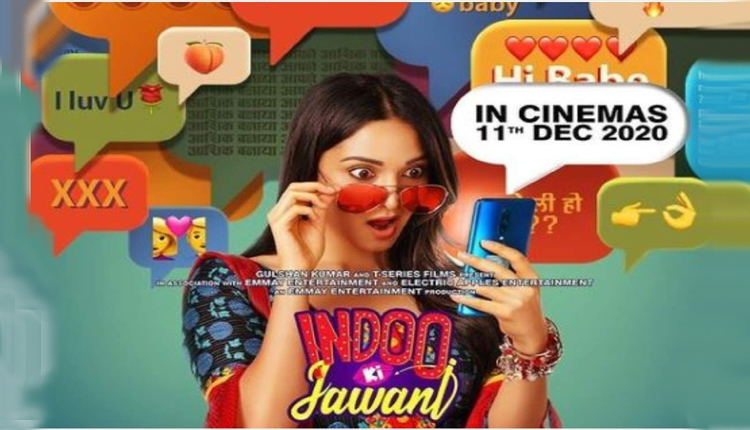 Kiara Advani starrer Indoo Ki Jawani’s trailer dropped in today and the netizens have mixed reactions to it. The trailer gives us a glimpse of Kiara’s comical side along with Aditya Seal in the lead.

The film is about Indoo who is in search of love and accidentally gets into a situation with a Pakistani man with whom she was on a date. The trailer promises a laughter riot with these two new actors in the lead. After the trailer released, the Twitterattis poured in their verdict over the first-look of the film.

Take a look at some of the reactions –

#IndooKiJawani trailer is QUIRKY! But NOT good enough to ATTRACT audiences to Cinema Halls (by spending their money) amidst such atmosphere around.
Your thoughts?

The way Kiara Advani coming out as a surprise package..from Preeti to Monica to Indoo!!! ❤️ She has so much potential & is fabulous in the trailer!!! Love it to bits! 🔥❣️@advani_kiara WAY TO GO! ❤️ #IndooKiJawani #IndooKiJawaniTrailerhttps://t.co/Wf2x1ieVCA pic.twitter.com/BveErBqrIp

Bollywood should stop making movies if they don’t have story and future plan.

Mtlb their each movie has Hindu-Muslim, India-Pak story as backdrop.

Saw #IndooKiJawaniTrailer – ABSOLUTELY RUBBISH… what kind of trailer is this??? Will remain unnoticed for sure….
what is wrong with @advani_kiara?? this is not your standard film Kiara, I genuinely expect more from you… #IndooKiJawani #KiaraAdvani #TrailerReaction

Earlier the makers had released a song from the movie which became an instant chartbuster with Kiara’s dance moves stealing the thunder. The film is all set to release on December 11, 2020