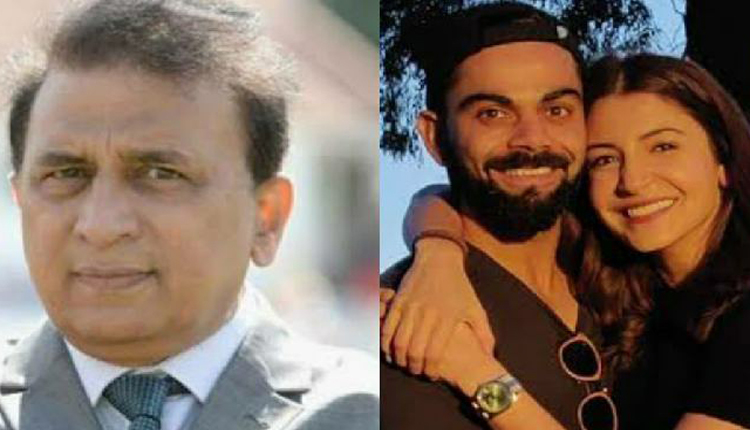 Little Master Sunil Gavaskar on Friday found himself in the midst of a controversy for making a tasteless comment against Virat Kohli and his wife Anushka Sharma after the Indian captain’s upsetting outing in the IPL.

Now Anushka Sharma has also hit back at the batting legend on the remark. “I would love for you to explain why you thought of making such a sweeping statement on a wife accusing her for her husband’s game?” wrote Anushka on her Instagram.

Over the years, on quite a few instances, the Bollywood actor has been blamed whenever the now Indian Captain under-performed on the cricket field , Indian legend Sunil Gavaskar is the latest to join the bandwagon. Sharma has written on her recent note addressed to the commentator “It’s 2020 and things still don’t change for me When will I stop getting dragged into cricket and stop being used to pass sweeping statements  ?”

The remark did not go down well with the RCB skipper’s fans as well, with some of them urging the BCCI to remove Gavaskar from the commentary panel.

People all over the internet were disappointed over the remark, moreover so made on the international platform. While some were quick to demand his resignation, others schooled him about why it was wrong.

RCB wins: *not a single person in Anushka’s mentions*

RCB loses: Let me make Anushka memes or crack jokes on her since it will make me look cool #AnushkaSharma

Me to them who targeting #AnushkaSharma for Virat’s bad performance pic.twitter.com/Z4cb5PysH4

no one gives credits to anushka sharma for this performances just one match and everyone started trolling and this shows how cheap you people’s mindset are shame on you #SunilGavaskar .#AnushkaSharma pic.twitter.com/r6I28p2hbf

Seeing Anushka trending, first I thought, NCB summons her too.
Then understood, in the world’s “most uncivilized” country, a wife is trolled if her husband underperforms at work but never ever gets any credit if the hubby darling performs and Delivers.🤷🏿‍♂️pic.twitter.com/oGYWzvC1VE