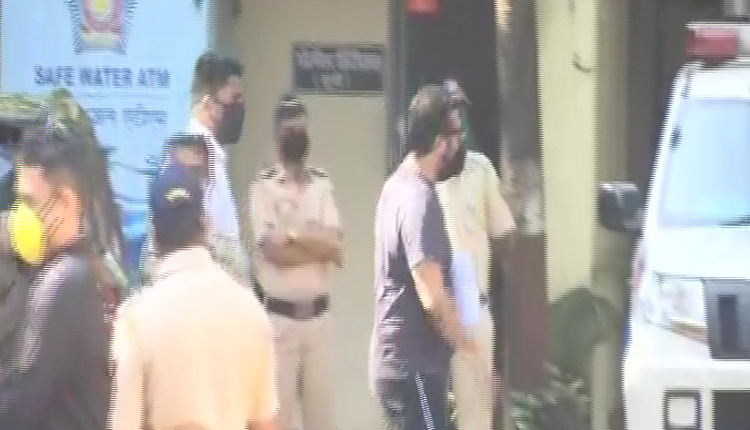 Mumbai: Filmmaker Anurag Kashyap arrived at the Versova police station on Thursday after he was summoned by police in connection a rape case filed against him by actress Payal Ghosh, an official said.

The police on Wednesday issued summons to Kashyap in connection with the rape case against him. The Versova police registered an FIR against Kashyap on September 22 after the actress along with her lawyer Nitin Satpute approached the police, the official said.

In her police complaint, the actress alleged that Kashyap raped her in 2013. On Tuesday, Ghosh and Union Minister of State for Social Justice and Empowerment Ramdas Athawale met Maharashtra Governor BS Koshyari to seek action against Kashyap.

Filmmaker Anurag Kashyap arrived at the Versova police station on Thursday after he was summoned by police in connection to a rape case filed against him by actress Payal Ghosh, an official said.

On Monday, Ghosh in a joint media press conference with Athawale, president of the Republican Party of India (RPI-A), demanded that Kashyap be arrested. Athawale on Monday met Mumbai’s joint commissioner of police (law and order) Vishwas Nangare Patil along with Ghosh, seeking action against the filmmaker.

The Union minister had also said his party will stage a protest if the police do not arrest Kashyap in a week.

The Versova police last week registered the FIR against Kashyap under Indian Penal Code Sections 376 (I) (rape), 354 (assault or criminal force to woman with intent to outrage her modesty,), 341 (wrongful restraint) and 342 (wrongful confinement).