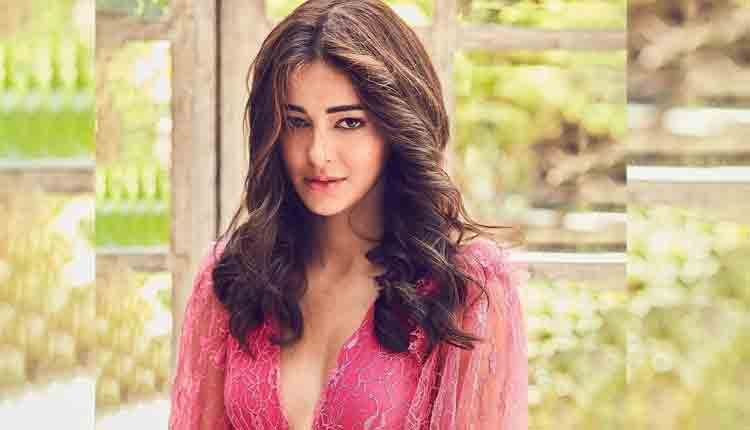 Bollywood’s new heartthrob Ananya Panday is trying hard to secure her space among the biggies in the B-Town. Recently, Ananya received a lot of appreciation for her performance in ‘Pati Patni Aur Woh’.

Apart from her movies, Ananya has been in news for her rumoured relationship with Kartik Aaryan. Besides, she often hits the headlines for her posts on Instagram.

A few days back, Ananya was seen posing with her ‘doppelganger’ and it took the internet by storm. And now, her latest post on Instagram has garnered lots of ‘hearts’.

Ananya shared an album, with six pics of her, and captioned it, “left u on red.” In the pics, the SOTY 2 fame actress is seen in six different poses, which garnered over a ‘crore’ of hearts within a day, in a red short dress having fine works of embroidery.

On work front, Ananya Panday will be next seen in ‘Khaali Peeli’ opposite Ishaan Khatter which is bankrolled by Ali Abbas Zadar and Zee Studios. Both Ishaan and Ananya will reportedly showcase their action avatar in the movie.

As per an IANS report, action director Parvez Shaikh had designed an elaborate action sequence that was to be filmed on the lead pair and the film’s antagonist Jaideep Ahlawat but director Maqbool Khan rejected the suggestion.

However, if reports are to believed, Ishaan and Ananya insisted on performing the scene themselves. The said scene required Ishaan to jump off a huge pick-up vehicle and slide through 30 meters on the ground. The actors reportedly practiced extensively for the scene before filming it.

‘Khaali Peeli’ is slated to hit the theatres on July 12.