After Sana Khan, Roadies Contestant Saqib Khan Quits Showbiz: “It Was Going Against My Tenets Of Islam” 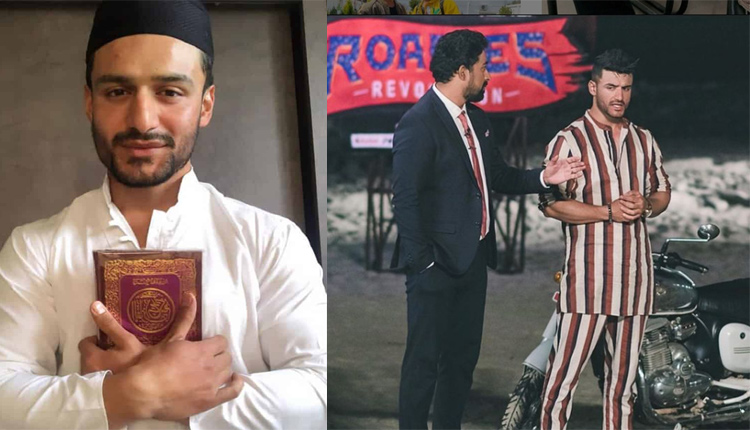 Former Roadies contestant and actor Saqib Khan has announced his decision to quit the show business, citing religious reasons. Saqib took to his social media platforms to make the announcement.

In a long note, he said that he “was going Astray ( Gumrah) and was going against my tenets of Islam.” Saqib’s decision to quit comes just months after actor Sana Khan quit acting for similar reasons.

The Spitsvilla star wrote in the note, he shared that as far as he has seen the struggle in Mumbai, it’s very difficult to survive but he can proudly say that within a short span of one year he achieved good Fame and Fan following. However, he realized that this doesn’t matter in life after death. He added that he used to offer Namaz but something was lacking and that was ‘Sukoon’ & my accountability towards Allah. So now he will totally be surrendering before Allah.

A lawyer by profession, Saqib Khan gained the attention of the judges and viewers when he talked about changing the image of Kashmiris at the MTV Roadies audition. His statement that he is a Kashmiri ‘but not a stone pelter, along with his well-built physique and determination, helped him get selected for the journey.

Earlier, Dangal actor Zaira Wasim had also stepped away from the spotlight over similar reasons just weeks after her stint in The Sky Is Pink.