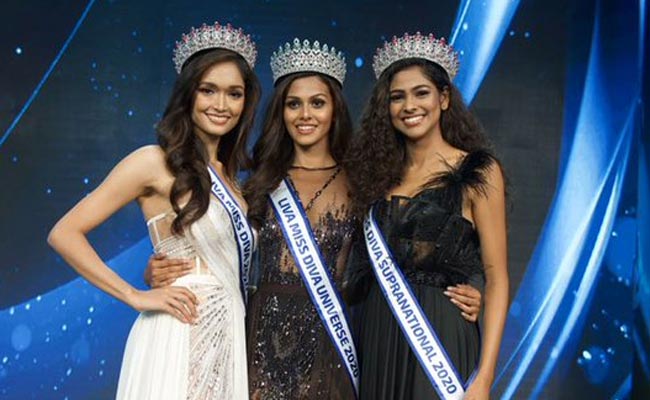 Mumbai: Adline Castelino has been crowned as the winner of LIVA Miss Diva Universe 2020 competition.

Castelino, who hails from Mangalore, was crowned by Vartika Singh, the winner of the previous edition, at an event in YRF Studios on Saturday.

She was closely followed by Aavriti Choudhary of Jabalpur who was bestowed with the title of Miss Diva Supranational by her predecessor Shefali Sood.

Castelino will go on to represent the country at Miss Universe later this year, while Choudhary will be India’s contender for Miss Supranational pageant.

“It has been a wonderful journey. All the girls are winners, however there can be only one winner. It was difficult for the panelists to choose that one winner from all these gorgeous divas who were all truly gifted and promising.

“The winner is very deserving, and I would like to wish all the winners heaps of luck as they stand on the brink of a bright future. I am looking forward to the prestigious Miss Universe pageant and hope that we bring the crown home this year,” Lara said.

The nationwide auditions for the competition began in November and were held in 10 cities like Lucknow, Kolkata, Indore, Hyderabad, Pune, Ahmedabad, Bangalore, Chandigarh, Chennai and Delhi.

The final leg of auditions were held in Mumbai in December 2019 where the 20 finalists of LIVA Miss Diva 2020 were chosen.

The participants then took part in four city sub-contest event followed by a thematic night. Lara was a mentor and a guide to finalists who underwent rigorous training and grooming for the competition.