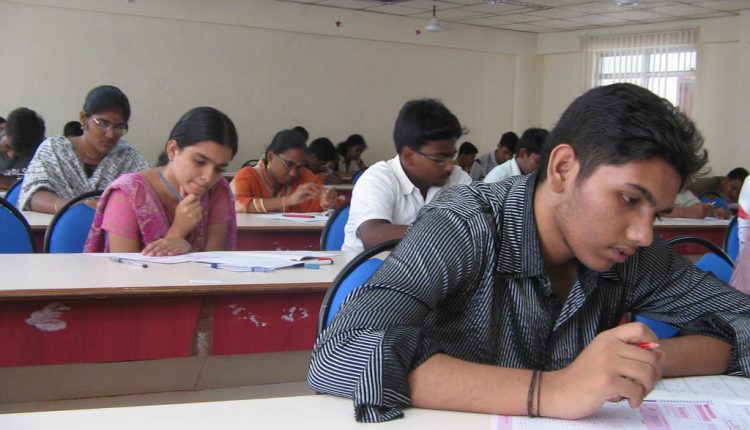 New Delhi: The Supreme Court Tuesday suggested that the CBSE declare the results of compartment examination expeditiously and asked the UGC to ensure that students get admission in colleges saying these are exceptional times.

The top court asked CBSE and UGC to work in tandem to ensure that the careers of two lakh students giving the compartment exams, from September 22 to 29, are not jeopardized.

During the hearing, the top court earlier asked the University Grants Commission (UGC) not to declare the academic calendar till September 24 but was later told that the calendar has been released.

Taking a serious view of the release of academic calendar, the top court sought explanation from the UGC, to be given on Thursday, and directed that it be placed on record.

At what time and which date it was released, you will have to show this,” the bench comprising Justices A M Khanwilkar and Sanjiv Khanna said.

“Don’t give us vague dates. Give us the date and time when it was released. Whether it was after the order, before the order or when the matter was being heard. We will examine that,” it added.

The bench posted the matter on September 24 and asked both CBSE and UGC to coordinate to accommodate around two lakh students giving the compartment examinations.

At the outset, senior advocate Vivek Tankha, appearing for one of the petitioners, said that CBSE compartment exams have commenced today and will continue up to September 29 and nearly two lakh students will appear in the compartment exams.

Tankha said that UGC is also here and the CBSE should come out with the results at the earliest.

The UGC has to give us (students appearing in compartment exams) a chance to take admissions in universities, he said.

Tankha argued that CBSE has to declare results early and UGC has to give us a chance of taking admission in colleges otherwise our one year will be lost.

The bench asked Tankha that without CBSE declaring the results how can UGC accommodate the students.

The senior lawyer contended that after the results are declared, UGC can give the students a chance to take admissions in colleges as the students are appearing in the exams during the pandemic times.

The bench asked UGC that because of peculiar situation is it possible for the commission to have some route open for accommodating these students who are appearing in compartment exams.

To this, the counsel for UGC said that it can be done, if the seats are vacant but he will have to take instructions.

The bench then told the counsel to take instructions and see whether these issues can be taken care of by the commission while asking when UGC intends to keep its cut-off date for admission.

The counsel replied that he has to take instruction but it may be October end.

Counsel for CBSE argued that there are 1,248 exam centres and answer sheets have to be brought to the regional centres.

The top court said that these are not normal times but exceptional times and CBSE has to take steps as the career of two lakh students is too big.

The counsel for CBSE replied that it will take 3-4 weeks (for declaration of results of compartment exam).

The top court told the CBSE that it has to come out with some date so that UGC can take further steps and observed, If you (CBSE) will not have the date, then UGC will have difficulty .

When counsel for UGC said that it may have cut off date of October end, the bench said, “It could be the first week of November also”.

He said that UGC has already finalised the academic calendar and was about to release it.

The bench asked UGC to not release it till Thursday and would hear the matter on that day to know about the views of CBSE.

Both of you coordinate and have a cut off date so that the other one can comply with it. This is only to accommodate these two lakh students.

Two lakh is not a small number. Now the situation is beyond anyone’s comprehension, the bench said.

The bench observed that CBSE has to work in tandem with the UGC and it should be left to them on how to work it out.

When one of the counsels told the bench that they have given a chart of dates given by colleges, the bench said, “We are not going to give directions to individual colleges”.

After the matter was over, the UGC’s counsel mentioned the matter and told the bench that the academic calendar has already been released and the admission process has to be completed by October 31.

“We will have it on Thursday. You explain this on that day,” the bench said, adding, “You also place it on record.”

The counsel for UGC said, “I am sorry, I was misinformed about it”.

The bench said, “That’s okay but it has to be explained how this miscommunication happened”.

On September 10, the top court said that the CBSE would not be able to help much the students taking compartment exams for class XII this month as it would be the colleges and universities which will take their admissions for higher studies.

The apex court said this while hearing a plea which has challenged the decision of the Central Board of Secondary Education (CBSE) to hold compartment exams on the ground that it would be detrimental to the health of the examinees.