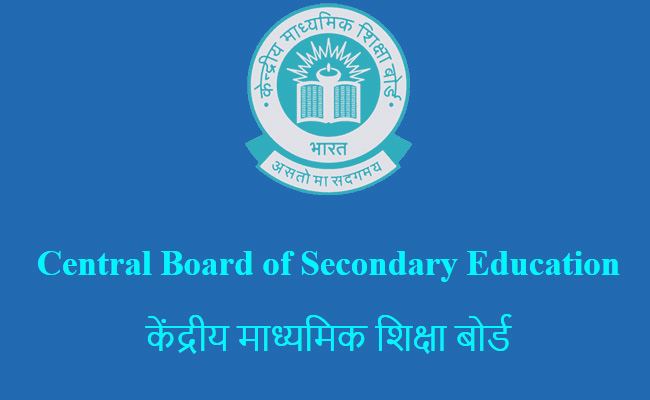 New Delhi: Pending Class 10 and 12 CBSE exams, which were postponed due to the COVID-19-induced lockdown, will be conducted from July 1 to 15, Union Human Resource Development (HRD) Minister Ramesh Pokhriyal ‘Nishank’ announced on Friday.

Odisha Matric & Plus 2 Board Exams To Be Held Only In Offline Mode: Minister Samir…

The Central Board of Secondary Education (CBSE) has not yet notified the exam schedule.

The CBSE shared a Press Release on its Twitter handle on Friday stating that “CBSE will hold remaining class X and XII exams between 1-15 July 2020. The information regarding details of the subjects for which exams will be held is given in press release dated 1.4.2020 issued by the CBSE. Date sheet for the rescheduled board’s examinations shall be communicated by the board through its website and press release soon.”

The board is also yet to announce the modalities for assessment of the exams which will not be conducted as well as guidelines for examination centres to ensure social distancing.

“The students have been impatiently waiting for the schedule for pending exams. It has been decided today that the exams will be conducted from July 1 to 15,” Nishank said.

While class 12 exams will be conducted across the country, the class 10 exams are only pending in North East Delhi where they were affected due to the law and order situation.

The board had last month announced that it will only conduct pending exams in 29 subjects which are crucial for promotion and admission to higher educational institutions.

Universities and schools across the country have been closed and exams postponed since March 16 when the Centre announced a countrywide classroom shutdown as one of the measures to contain the COVID-19 outbreak.

Later, a nationwide lockdown was announced on March 24, which has now been extended till May 17.

“A detailed schedule is expected to be announced by next week,” the official said, adding the board is also working on resuming the evaluation of answer scripts, which was stopped in March due to the nationwide lockdown.

The HRD minister had last month also directed that evaluation be started for the already conducted board exams and appealed states to facilitate the same.

One of the options being considered is to deliver the answer scripts to the examiners at home, however, no final decision has been announced yet.

The results for the 29 Class 12 exams will most likely be announced by August-end, before the Indian Institutes of Technology (IITs) declare the merit list for JEE Advanced.

The IIT Counselling process hinges on when CBSE and respective state boards announce results for the class 12 board exams. To seek admission to one of the IITs, aspirants who have cleared JEE Advanced should have also secured at least 75 per cent marks in their board exams. JEE-Advanced has been scheduled on August 23.

Govt To Evacuate 15,000 Indians From 12 Countries This Week

Odisha Matric & Plus 2 Board Exams To Be Held Only In Offline Mode: Minister…

CBSE To Conduct Class 10, 12 Board Exams In Written Mode Only, Board Rules Out Online…