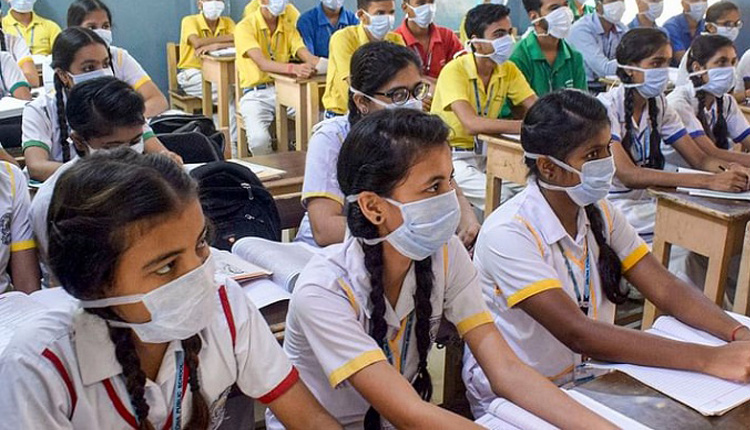 New Delhi: At least 69 per cent parents are in favour of schools reopening in April, when the new academic session begins, according to a survey.

The survey, in which over 19,000 parents across the country were interviewed, also found that only 26 per cent of them approve of their children receiving the COVID-19 vaccine by April if it is made available by then.

“Sixty-nine per cent parents said given the current trends and situation with COVID, schools in India should start from April 2021 or after, when the next academic year begins, as many feared to send their children to school amid the outbreak. Further, 23 per cent said it should start from January,” the survey conducted by online platform Localcircles said.

“Only 26 per cent Indian parents approve of their children receiving the COVID-19 vaccine if it is made available by April 2021 or before the school session. Further, 56 per cent parents said they will wait for three months or more and then consider, based on data or findings,” it added.

Schools across the country were closed in March last year to contain the spread of COVID-19 and were partially reopened in some states on October 15. However, a few states have decided to keep them closed in view of a spike in the number of coronavirus cases there.

Bihar, Assam, Kerala, Uttar Pradesh, Punjab, Haryana, Jharkhand, Rajasthan, Madhya Pradesh and Sikkim are among the states that have reopened schools from this month for the students of Classes 9 to 12.

Delhi has already announced that the schools in the national capital will not reopen till a vaccine for the viral disease is available.

The Council for the Indian School Certificate Examinations (CISCE) had requested for the reopening of its affiliated schools in various states from January 4 owing to the upcoming ICSE board examinations, though no decision has been taken in this regard.

Forced Out Of Village, Family In Odisha Takes Shelter Under Culvert