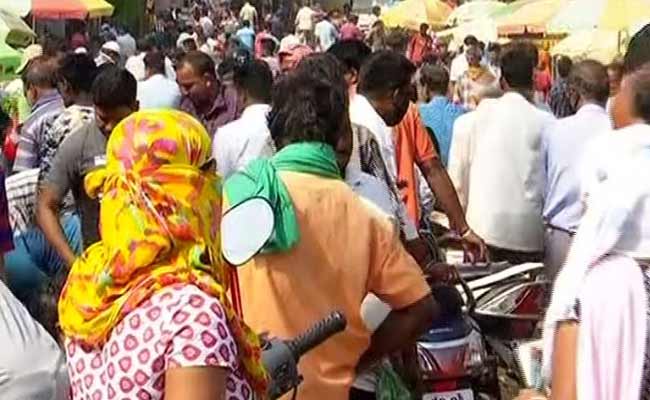 Bhubaneswar: Taking strong note of blatant violations of lockdown norms, several district administrations and Odisha Police on Tuesday launched a massive crackdown on violators at different parts of the State.

As many as 36 vehicles which included 31 two-wheelers and five four-wheelers have been seized for violating lockdown guidelines in Khurda, informed sub-collector Shantanu Mohanty.

As many as 36 vehicles including 31 two-wheelers and 5 four-wheelers seized for violating #Lockdown guidelines in #Khurda, informed sub-collector Shantanu Mohanty #Odisha #LockdownNow #LockdownInOdisha pic.twitter.com/qbvASuallG

Senior officials informed that despite repeated requests, people are stepping out of their homes which might foil attempts of the State government to check the spread of the lethal coronavirus.

“Several commuters were out on streets for no emergency reasons, and then they gave illogical excuses after being caught by enforcing agencies during the lockdown period. Some people are tampering medical prescriptions to move to their respective destinations,” said another official.

Odisha Transport Minister Padmanabha Behera also warned that there are special provisions under which action can be taken against those violating lockdown norms.

It is pertinent to mention here that utter chaos prevailed in some areas of Bhubaneswar and other parts of the State a day after the nation-wide Janta Curfew. This forced Odisha Police to initiate stern action against those violating the enforcement guidelines in the State.

In Ganjam, eight cases were registered against violators of COVID-19 restrictions in Bhanjanagar Police limits under section 188/269 IPC and eight persons were arrested in this connection.

In another incident, Rambha Police registered a case against eight persons, who assembled near an FL off shop on NH-16, thus violating government’s prohibitory order. The case has been registered under section 188/269/270 IPC/3 Epidemic Disease Act.

An FIR was also registered against a hotel at Baliapanda under Puri district on the charges of violation of lockdown of establishments which is in force to contain the coronavirus outbreak.

As per reports, the hotel had kept its services open thereby posing a threat to the health of individuals and community on the whole. Three foreigners from Germany and Ukraine who were putting up there were sent to Bhubaneswar airport from where they left for their respective countries, sources said.

Meanwhile, in Sambalpur, four defaulters were booked under 188 IPC and MV Act and forwarded to Court.

“They were found roaming in Sambalpur Town on two-wheelers. They have violated provisions of lockdown, beyond any doubt, found after due enquiry, by empowered authority. Both vehicles have been seized,” informed Sambalpur SP.