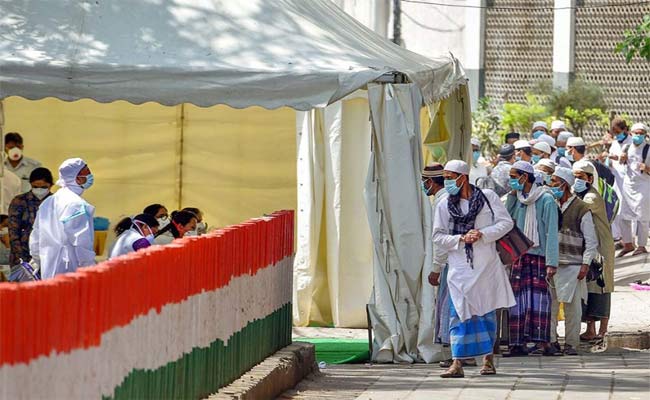 Bhubaneswar: With the bursting of the Tabligh episode on the national scene, the novel coronavirus graph has seemingly taken an ominous turn.

Not only the cases countrywide have seen a spike, Odisha is the new entrant today as an n-CoV positive is epidemiologically linked to the Tabligh cluster. The Covid-19 mortality numbers also present a very disturbing scenario.

The country took a month to record 35 deaths (March 1- 31). But during the last 48 hours (April 1-2), the death count in the country stood at 37. The total Covid-19 death toll has crossed 70-mark. And most of the deaths across the country have been linked to Tabligh Jamaat directly or indirectly.

The worrying factor is the mortality rate in the country has posted a humongous 260 per cent rise within a week (March 27- April 2).

It needs mentioning here that while the total death toll has touched 72, the Ministry of Health and Family Welfare puts it at 56. The reason behind the discrepancy is attributed to lower count of deaths in some states in Union Health Ministry report.

The toll of 72 as on today shows how the Covid-19 mortality numbers have grown rapidly in the country. Because, total deaths in the country stood at 20 on March 27 and the fatality toll crossed 70-mark on April 3. This shows the cases of fatality have grown by a massive 260 per cent during the week ending today.

The rate of doubling which has dropped to a lower trajectory post March 22, has now gone haywire. Look at this numbers. Total deaths recorded in the country on March 19 stood at 4. The count took 4-days to double and reached the double digit (10) on March 23. The death rate accelerated and toll of 10 doubled in three days to touch 20 on March 26.

As nationwide lockdown was imposed on March 25, doubling of mortality rate slowed down. But the Tabligh episode soon catapulted the mortality graph in the country to a new high.

The active novel coronavirus cases in the country have crossed the 2000-mark and the total cases stood at over 2300.

As per State government reports, presence of Tabligh Jamaat members in Odisha has been reported from as many as five districts. Till now the members count have been estimated at around 40, including members detained in other states.