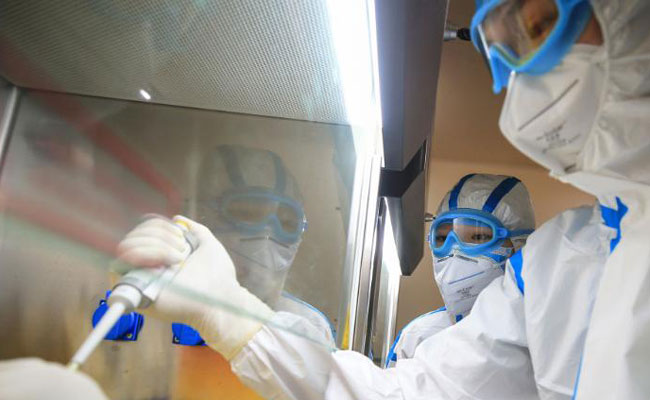 Bhubaneswar: At least 17 people, including seven women and two children, tested positive for COVID-19 in Jajpur district, taking the total number of coronavirus cases in the State to 142 on Thursday. With a total of 20 cases being reported in 24-hours, the state registered its biggest single day jump in COVID-19 cases, said Odisha government spokesperson, Subroto Bagchi at the daily media briefing today.

Jajpur now has 35 active COVID-19 cases, the highest in the State, followed by Khurda and Balasore with 19 active cases each. All the 17 cases from Jajpur are linked to West Bengal and the patients are asymptomatic, informed Odisha Health department officials citing that their contact tracing is being done.

As per sources, all the cases are from Katikata region of Jajpur. Earlier, six COVID-19 positive cases were reported from the area following which the government had declared it as a ‘containment zone.’

Information and Public Relations Secretary Sanjay Singh said there are 269 families in Katikata containment zone. Around 200 samples were collected of which 14 tested positive today.

“There is no need to panic as all the 14 cases have been reported from one containment zone. Had the government not acted and not declared it as a containment zone, things would have worsened and infection could have spread to the entire district and State,” Singh added.

Today’s 14 new #COVID19 cases are from #Jajpur Katikata area which had reported 6 positive cases earlier; there is no need to panic as these 14 new cases are from the containment zone: #Odisha Govt official pic.twitter.com/f6l0WX2td6

“In view of the detection of 14 COVID positive cases in Jajpur district today, Principal Secretary Health has directed the State Surveillance Officer and State Rapid Response Team to proceed to Jajpur for strengthening the surveillance activities and containment measures,” informed Health and Family Welfare Department later in the day. Besides, two rapid response teams from AIIMS, Bhubaneswar have been sent to Balasore and Bhadrak districts for strengthening surveillance and cluster containment activities.

Out of the total 142 COVID-19 positive cases so far in Odisha, 47 cases have been reported in Bhubaneswar, followed by 36 in Jajpur, 19 each in Bhadrak and Balasore, 10 in Sundergarh, two each in Kendrapara and Kalahandi and one each in Cuttack, Puri, Dhenkanal, Koraput, Jharsuguda, Deogarh and Keonjhar districts. Later in the day, 2 patients from Sundergarh recovered taking the total recoveries in the state to 41.