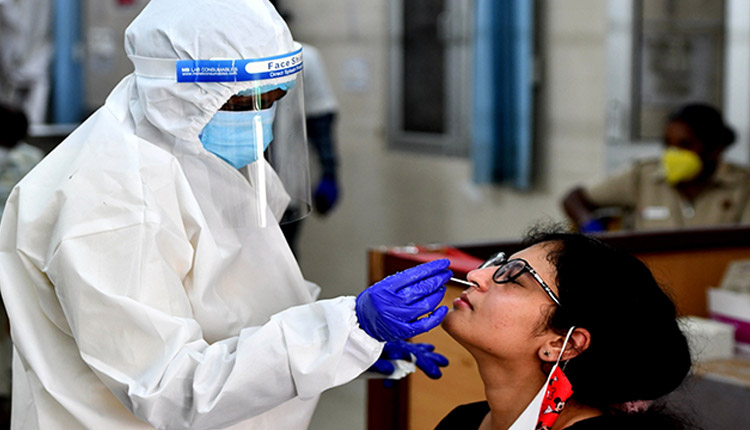 Bhubaneswar: As many as 335 people were tested positive for Covid-19 in Odisha in the last 24 hours while four patients died while undergoing treatment at various hospitals during the period, as per the data revealed by the State Health department.

With the fresh cases, the total coronavirus tally in the State rose to 323364 while the death toll mounted to 1798.

Of the fresh cases, 193 are reported in quarantine centres while 142 positives are local contacts. Only one district has reported a spike of over 50 cases. Sundargarh district recorded the highest 52 new cases, followed by Khordha (31), Balasore (26), Angul (25) and Cuttack (20 cases), as per State Information and Public Relations (I&PR) department.

#Odisha reports 335 fresh cases of #coronavirus infections in the last 24 hours, pushing the total tally in State to 323364.

As per the data by the State Health and Family Welfare (H&FW) department, while Sundargarh district reported two deaths, one each died in Balasore and Malkangiri districts.

The Health department has also shared the details of the patients who succumbed while under treatment at hospitals during the period.

As of now, at least 53 patients infected with COVID-19 have died due to pre-existing ailments, informed the H&FW department.