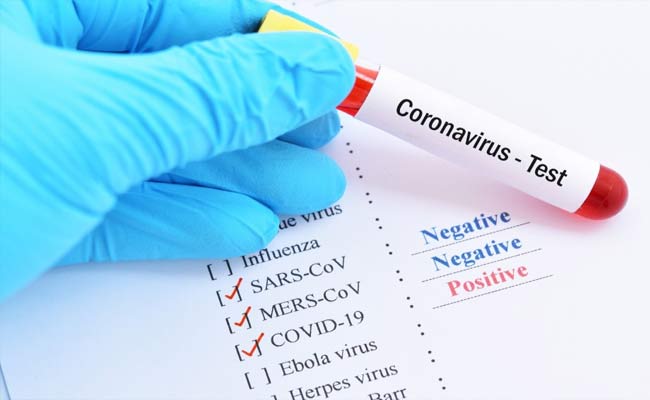 Bhubaneswar: The Odisha government said it plans to procure three more Cobas-6800 machines for carrying out faster and effective testing of samples to detect COVID-19, an official said.

The state presently has only one Cobas-6800 machine installed at the Regional Medical Research Centre (RMRC), Bhubaneswar which conducts 800 tests every day.

The lone Cobas machine at the RMRC has helped the state to increase its coronavirus test facilities from just 58 a week to 15,000 tests in seven days, the official said.

Therefore, the state has plans to install three such high capacity machines in medical colleges at Balasore, Bolangir and Koraput, said industries secretary Hemant Sharma, presently looking after the procurement of medical equipment to contain the spread of novel coronavirus in the state.

Sharma said it was not an easy job to install the machine at the RMRC. Though the machine was procured earlier, it was not installed before the lockdown and the state did not have requisite technical hands to operationalise the machine, he said.

“Therefore, we used the state plane to bring engineers from Delhi and other parts of the country to make the machine operational,” Sharma said.

The Health and Family Welfare department in an infographic on COVID-19 released on Tuesday said that though the state in the first week from March 16 to March 22 could conduct only 58 coronavirus tests, its capacity in the sixth week from April 21 to April 27 had increased to 14,939 tests.

The state government actually stressed to increase the coronavirus tests after the first COVID-19 patient was detected in Bhubaneswar on March 15. Since the first case, the state presently has tested a total of 29108 samples by midnight of April 28.

Elaborating on the states efforts to increase the testing facilities in the state, Sharma said, “We had to take a lot of pain to get VTM (viral transport media) kits which were stored in Maharashtra. Our chief minister had to take up the matter with Prime Minister Narendra Modi following which a dedicated Air Force flight was engaged to transport the VTM kits from Nashik airport to Bhubaneswar.”

The Odisha government has planned to double man-days under MGNREGS from 5 lakh to 10 lakh per day by next week, expecting that a large number of migrant labourers would return to the state after the COVID-19 lockdown restrictions are lifted.

Chief Minister Naveen Patnaik on Tuesday directed the officials to make the works under Mahatma Gandhi National Rural Employment Guarantee Scheme target-oriented. He also stressed on food security of those returning to Odisha from different states.

Irrespective of ration card status, no one should be deprived of food, he added.

The Chief Minister asked the senior officers, who have been given charge of Covid management in different districts, to treat this as their principal work and not as their additional work.