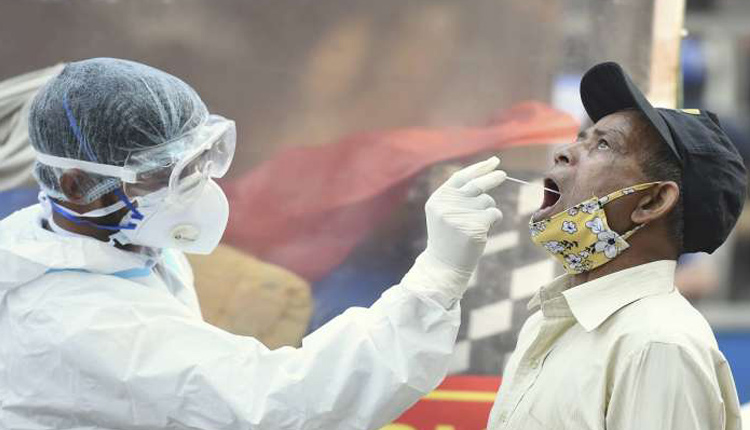 London: COVID-19 patients are most likely to be highly infectious in the first week after symptom onset. The finding highlights the need to identify and isolate the people infected with the SARS-CoV-2 virus, that causes COVID-19, early.

The research, published in The Lancet Microbe journal, says that although the genetic material of the novel coronavirus may still be detected in the respiratory or stool samples of COVID-19 patients for several weeks, no infectious virus particle was found beyond nine days of symptom onset.

“This is the first systematic review and meta-analysis that has comprehensively examined and compared viral load and shedding for these three human coronaviruses,” said study lead author Muge Cevik from the University of St Andrews in the UK.

“It provides a clear explanation for why SARS-CoV-2 spreads more efficiently than SARS-CoV and MERS-CoV and is so much more difficult to contain,” Cevik said.

According to the researchers, majority of viral transmission events occur very early, and especially within the first five days after symptom onset, indicating the importance of self-isolation immediately after symptoms start.

“We also need to raise public awareness about the range of symptoms linked with the disease, including mild symptoms that may occur earlier on in the course of the infection than those that are more prominent like cough or fever,” Cevik said.

In the research, the scientists specifically looked at people infected with SARS-CoV-2 and mainly those who were hospitalised.

They said the results are only relevant for the period of self-isolation for people with confirmed COVID-19, and do not apply to people quarantining who may or may not have been exposed after contact with someone infected.

With many countries currently recommending that people with a SARS-CoV-2 infection should self-isolate for 10 days, the scientists said this is in line with their findings.

They assessed key factors involved in the period of infectiousness of COVID-19 patients such as viral load, the length of time someone sheds viral genetic material (RNA) of the pathogen, and isolation of the live virus.

In their analysis, the researchers included 98 studies that had five or more participants, cohort studies and randomised controlled trials — 79 focussed on SARS-CoV-2, 73 of which included hospitalised patients only — eight on the 2002-03 SARS pandemic virus, and 11 on the MERS coronavirus infection.

From these studies, the scientists calculated the average length of viral RNA shedding and examined the changes in viral load and the success of isolating the live virus from different samples collected throughout an infection.

“These findings suggest that in clinical practice, repeat PCR testing may not be needed to deem that a patient is no longer infectious, as this could remain positive for much longer and does not necessarily indicate they could pass on the virus to others,” Cevik said.

“In patients with non-severe symptoms, their period of infectiousness could instead be counted as 10 days from symptom onset,” he added.

The study noted that the highest viral load of SARS-CoV-2 RNA were detected early in the course of the disease — at the time symptoms begin, or before day five of symptoms.

Asymptomatic infection may clear the virus faster, the researchers said, suggesting that those without symptoms may be as infectious as those with symptoms at the beginning of infection, but may remain so for a shorter period.

However, Cevik added that there are limited data available on the shedding of infectious virus in asymptomatic individuals to inform any policy change on quarantine duration in the absence of testing.

Citing the limitations of the research, the scientists said many of the patients across the different studies included in the analysis were hospitalised and received a range of treatments that may affect the course of their infection.

They said the studies included different populations who were followed up and managed differently.

The period of infectiousness may also not exactly align with the successful culturing of the live virus from samples, although these are likely to broadly overlap, the scientists added.

“The majority of studies included in our review were performed in patients who were admitted to hospital. Therefore, our findings may not apply to people with milder infection although these results suggest those with milder cases may clear the virus faster from their body,” said study senior author Antonia Ho of MRC-University of Glasgow Centre for Virus Research in the UK.

UP Banks On Organic Farming To Boost Farmer’s Wealth