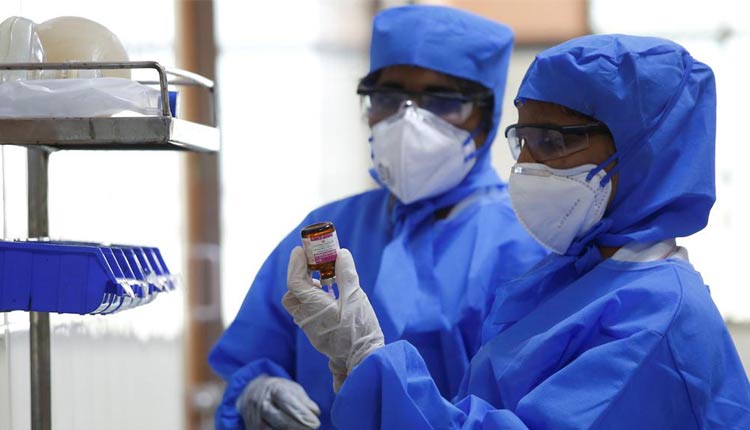 New Delhi: India’s COVID-19 recovery difference compared to active cases has increased from 1,573 to 5,77,899 in just 52 days amid a spike in new infections, a signal for those under observation to shed the stigma of the disease.

On June 10, for the first time, the latest Ministry of Health and Family Welfare (MoHFW) data revealed, the difference between the total number of recovered and active patients was 1,573. Now, the difference has increased to 5,77,899 as on August 2, the data said.

“The gap between the recoveries and the active cases has seen a steady rise,” the ministry said.

India on Sunday, meanwhile, registered a record highest ever single-day recoveries of 51,255 patients in the last 24 hours at a time when 54,735 new coronavirus cases were reported, totalling an overall 17,50,723 cases so far.

Setting a record in recovered patients in the last 24 hours, the recovery rate has seen a high of 65.44, the data mentions, adding this means that more and more COVID-19 patients are getting cured and discharged.

The active cases are the actual caseload for India and currently, the active cases (5,67,730) account for 32.43 per cent of the total cases and all are under medical supervision either in hospitals or in-home isolation.

The ministry said it is the result of coordinated implementation of COVID-19 management strategy by the Union and states and Union Territory governments, and selfless sacrifice of all frontline health and other workers and COVID-19 warriors across sectors who have ensured that the recoveries are continuously on the rise.

“The successful and coordinated implementation of the effective containment strategy, aggressive testing and standardised clinical management protocols based on a comprehensive Standard of Care framework have resulted in a consistent trend of rising recovery rate,” the ministry said.

As per the data, there has been a progressive decline in Case Fatality Rate too keeping India among the countries with the lowest CFR at 2.13 per cent as compared to the global average.

However, Maharashtra remained the worst-hit region in the country with the total number of cases crossing 4,20,000, with 14,994 deaths out of which 265 occurred in the last 24 hours.

Amid the grim situation, there is good news from Delhi, Haryana and Himachal Pradesh which saw a decline in the number of active cases.

While Delhi reported 37 fewer cases in the last 24 hours, Haryana’s active case count went down by 180 and Himachal Pradesh’s by 14 cases. Mizoram, Tripura and Uttarakhand too saw a decline in the number of active cases.

India currently has a total of 1,344 laboratories which are functional and capable of carrying out COVID-19 testing, of which 913 are government labs while 431 are private.