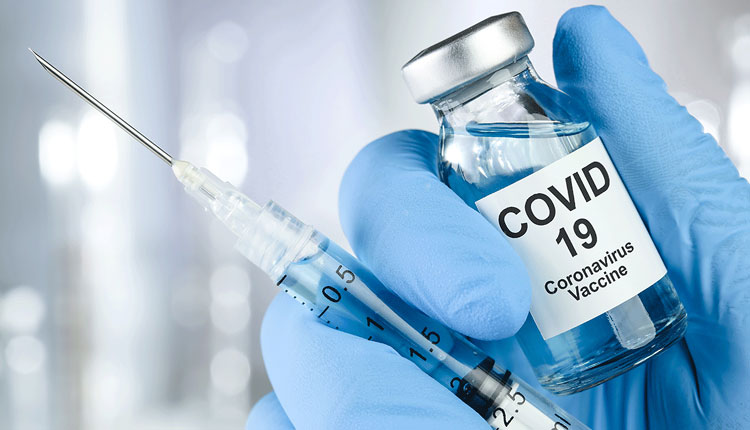 New Delhi: With the two mRNA vaccine candidates from pharma giants Pfizer-BioNTech and Moderna showing effectiveness in preventing Covid-19 in an interim analysis, health experts in India on Tuesday said that mRNA vaccine that works on previously unproven technology can be very promising in the fight against the pandemic despite the challenges.

To date, no mRNA vaccine has been licensed for infectious diseases and if an mRNA vaccine is approved for coronavirus, it would be the first of its type.

mRNA (messenger RNA) vaccines trick the body into producing some of the viral proteins itself. They work by using mRNA, which is the molecule that essentially puts DNA instructions into action. Inside a cell, mRNA is used as a template to build a protein.

Both Moderna and Pfizer-BioNTech use the mRNA technology which means the vaccine is not embedded with the virus itself and, therefore, no risk of catching Covid-19 from the shot itself.

The vaccine is infused with a piece of genetic code that trains our immune system to recognize the spike protein on the surface of the virus — a lethal signature of the coronavirus.

According to Dr Monika Gupta, Senior Consultant, Microbiologist at Fortis Hospital in New Delhi, unlike a normal vaccine, RNA vaccines work by introducing an mRNA sequence (the molecule which tells cells what to build) which is coded for a disease-specific antigen (like SARS-CoV-2, the coronavirus), once produced within the body, the antigen is recognised by the immune system, preparing it to fight the real thing.

“RNA vaccines are faster and cheaper to produce than traditional vaccines and an RNA-based vaccine is also safer for the patient, as they are not produced using infectious elements,” Gupta told IANS.

Production of RNA vaccines is laboratory-based, and the process could be standardised and scaled, allowing quick responses to large outbreaks and epidemics.

“A major advantage of RNA vaccines is that RNA can be produced in the laboratory from a DNA template using readily available materials, less expensively and faster than conventional vaccine production,” she explained.

Dr Gupta added that the vaccine based on mRNA, once injected into the body, will instruct the body’s cells to create copies of the spike protein. In turn, this is expected to prompt the immune cells to create antibodies to fight it.

“These antibodies will remain in the blood and fight the real virus if and when it infects the human body,” she stressed.

Dr Naveen Aggarwal, Head and Senior Consultant, Pathologist, Action Cancer Hospital in New Delhi said that as per the basic mechanism, the mRNA vaccines are Lipid nanoparticle (LNP) dispersion containing an mRNA that encodes for protein like spike protein of Covid-19 virus.

“Hence it can be said that mRNA vaccines are very much promising in the fight against the Covid 19 pandemic as the efficacy claims between 90 to 95 per cent by various manufacturers, however, results of the trial are still awaited,” he said.

According to Dr Gitali Bhagawati, Consultant and Head, Department of Microbiology and Infection Control, Dharamshila Narayana Superspeciality Hospital, advantages of the mRNA vaccine are that it is faster in development, cheaper to produce, safer for the protein routes via needle or needle-free (nasal spray).

“As far as the challenges, the mRNA vaccine is temperature sensitive, it needs to be stored at below 70 degrees Celsius which will be a challenging task for remote areas,” she added.

Aggarwal told IANS: “For a country like India, the maintenance of ultra-cold chains and its role in the prevention of the spread of infection is yet to be established.”

On Monday, the US pharma giant Moderna announced that its messenger RNA (mRNA) vaccine has shown 94.5 per cent efficacy against Covid-19 in preliminary data from the company’s ongoing study.

According to an article in the Science journal, both mRNA vaccines have yet to complete their efficacy trials, which aim to accrue about 150 to 165 cases of Covid-19 to provide greater statistical certainty of any efficacy result.

“But they should hit those targets by December, when FDA plans to convene an advisory committee to review the data, as most trial sites are in the United States, where the epidemic is exploding”.

Kareena, Saif, Taimur Holidaying Together Is Too Adorable To Miss, See Inside Pics